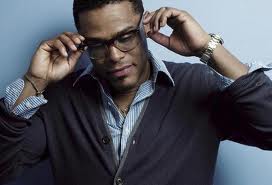 Additional names to be added to the previously announced Mainstage line up include buzzed about songstress Solange, who will be bringing her fiery brand and fashionable stage set to the Mainstage for the first time; heartthrob Trey Songz; Essence May issue cover star and vocal powerhouse Janelle Monae , who will curate a nightly lounge performance; and Supergroup TGT (Tyrese, Ginuwine and Tank). Newly added superlounge acts include Faith Evans , Luke James, Tamia, Emeli Sande, Alice Smith, Maya Azucena and Shamarr Allen and the Underdawgs, among many others.

“We are pleased to present such a stellar and diverse line up of performers, with more than thirty acts across five stages!” says Michelle Ebanks, ESSENCE Communications President. She adds, “From icons to the most exciting rising stars, we are offering it all. This extraordinary line-up is just one of the many components of what will be an empowering and inspiring overall weekend experience!”

The 2013 ESSENCE Festival night-by-night musical line-up is as follows:

For an exclusive video preview of the night by night line-up of the 2013 ESSENCE Festival, go to: www.essencefestival.com .