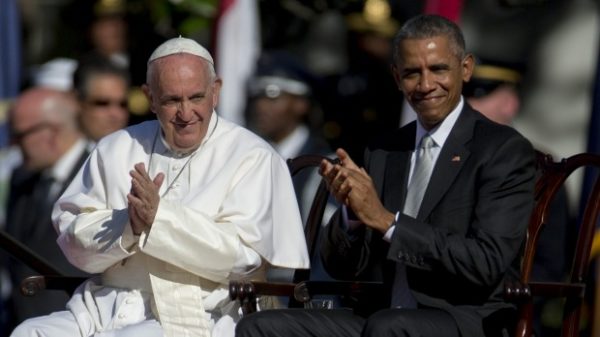 “Total Praise,” the beloved hit song from legendary Gospel Hall of Fame singer, composer and arranger Richard Smallwood – remains an enduring powerful source of strength and hope, as his hit tune was selected by the St. Augustine Gospel Choir for a special performance in washington dc today, during the DC choir’s performance before Pope Francis at the White House on Wednesday, September 23rd. Almost 20 years since Smallwood released the song in 1996 with his ensemble Vision, “Total Praise” continues to be one of the most popular classics among choirs and fans from the prolific catalog of the longtime DC native, giving praise and comfort to millions of listeners.
“I was overjoyed to hear the news,” said Richard Smallwood. “This has to go on the list of one of the top honors of my life. It’s amazing that 20 years after ‘Total Praise’ was written it is still sung all over the world, in different languages, in secular arenas and now for the pope.”
In June, Richard Smallwood released ANTHOLOGY LIVE, a brilliant collection of 11 new songs and 3 medleys, with interludes that capture the inspiration and journey of his 40 year career. Performed with his longtime choir Vision, the new project celebrates the legendary musician’s past and confirms his mainstay in gospel music.