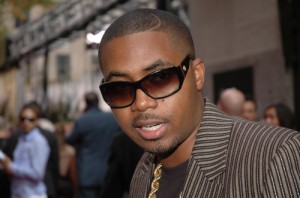 I actually got this a while back but have been pre-occupied.. Vet rapper Nasir Jones is obviously pissed because the label is offering a paltry budget on his new project. You may remember his ex Kelis left him towards the end of her pregnancy and sued him for child support and won a judgement of 50,000 a month. In my experience, and Nas is a brilliant black man, this is just not a good idea. I have learned in the hardest of ways you chose your battles wisely and fight people back with THEIR weapons, not yours. In other words, if someone is racist towards you, act racist towards them in the same way then deny you are a racist when they point it out and point the finger at THEM as the bad guy for accusing you.. JUST LIKE THEY DO. (lol)   Letter below

From: NasTo: LA Reid, Steve Bartels, Steve Gawley, Michael Seltzer, Joseph Borrino, Chris HicksSubject: PUT MY S*** OUT!Peace to all,With all do respect to you all, Nas is NOBODY's slave. This is not the 1800?s, respect me and I will respect you.I won't even tap dance around in an email, I will get right into it. People connect to the Artist @ the end of the day, they don't connect with the executives. Honestly, nobody even cares what label puts out a great record, they care about who recorded it. Yet time and time again its the executives who always stand in the way of a creative artist's dream and aspirations. You don't help draw the truth from my deepest and most inner soul, you don't even do a great job @ selling it. The #1 problem with DEF JAM is pretty simple and obvious, the executives think they are the stars. You aren't”¦. not even close. As a matter of fact, you wish you were, but it didn't work out so you took a desk job. To the consumer, I COME FIRST. Stop trying to deprive them! I have a fan base that dies for my music and a RAP label that doesn't understand RAP. Pretty f***** up situationThis isn't the 90?s though. Beefing with record labels is so 15 years ago. @ this point I just need you all to be very clear where I stand and how I feel about “my label.” I could go on twitter or hot 97 tomorrow and get 100,000 protesters @ your building but I choose to walk my own path my own way because since day one I have been my own man. I did business with Tommy Mottola and Donnie Einer, two of the most psycho dudes this business ever created. I worked well with them for one major reason”¦”¦. they believed in me. The didn't give a f*** about what any radio station or magazine said”¦.those dudes had me.Lost Tapes is a movement and a very important set up piece for my career as it stand s. I started this over 5 years ago @ Columbia and nobody knew what it was or what it did but the label put it out as an LP and the fans went crazy for it and I single hand lely built a new brand of rap albums. It's smart and after 5 years it's still a head of the game. This feels great and you not feeling what I'm feeling is disturbing. Don't get in the way of my creativity. We are aligned with the stars here, this is a movement. There is a thing called KARMA that comes to haunt you when you tamper with the aligning stars. WE ARE GIVING THE PEOPLE EXACTLY WHAT THEY WANT. Stop throwing dog s*** on a MAGICAL moment.You don't get another Nas recording that doesn't count against my deal”¦.PERIOD! Keep your b******* $200,000.00 fund. Open the REAL budget. This is a New York pioneers ALBUM, there ain't many of us. I am ready to drop in the 4th quarter. You don't even have s*** coming out! Stop being your own worst enemy. Let's get money!-N.Jones