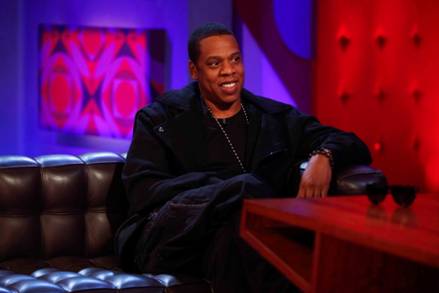 In the February 26 episode, rap superstar and businessman Jay-Z joins Jonathan Ross and talks cand idly about his successful rap career, his high profile wife Beyonce and President Barack Obama. Jonathan asks Jay-Z his feelings about being older than most rappers today and Jay-Z reveals you are never too old to rap, “It can’t be a young man’s game.” And according to Jay-Z, he was the real inspiration behind Beyonce’s famous dance moves including her hugely popular Single Ladies dance, “All the Single Ladies ““ yeah that was all me!” Jay-Z also discusses his friendship with President Barack Obama and reveals President Obama is a fan of hip-hop and of his music, “When I called him he was playing Blueprint in the gym.” He also shares his prediction of President Obama being elected for a second term ““ “I’ve been invited [to the White House] a couple of times… hopefully we’ll keep him in eight years so I’ll have time to get there.” Later Jay-Z performs On to the Next One from his new album Blueprint 3.

<a href="https://radiofacts.com/hbcu-athletic-director-and-head-coach-roles-to-be-impacted-by-pending-diversity-legislation/" rel="bookmark" title="HBCU: Athletic Director and Head Coach Roles to be Impact