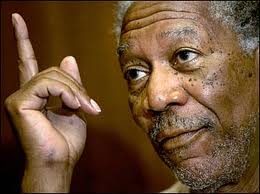 The Human Rights Campaign, the nation’s largest lesbian, gay, bisexual and transgender civil rights organization, today announced a national television ad campaign following on the historic victories for marriage equality at the ballot box this year. The ad titled “Dawn of a New Day” and voiced by Academy Award Winner Morgan Freeman, began running today and is available online at: https://www.youtube.com/watch?v=wdnxMFs8tTk.”This year proved to be a pivotal turning point in the movement for marriage equality and now we press onward with renewed vigor and public opinion squarely on our side,” said HRC President Chad Griffin. “As we continue the march toward full equality in legislatures and the courts, it is crystal clear that the prospect of an equal future is no longer up for debate; the question now is how soon it will arrive. While we celebrate today, we will keep fighting until full equality has reached every single person in every corner of this vast country.”More at www.hrc.org/Marriage.Ad script:America stands at the dawn of a new day.”¨ Freedom, justice and human dignity have always guided our journey toward a more perfect union.”¨ Now across our country, we are standing together for the right of gay and lesbian Americans to marry the person they love. “¨And with historic victories for marriage, we’ve delivered a mandate for full equality.”¨ The wind is at our back. But our journey has just begun. “¨Join us.The Human Rights Campaign is America’s largest civil rights organization working to achieve lesbian, gay, bisexual and transgender equality. By inspiring and engaging all Americans, HRC strives to end discrimination against LGBT citizens and realize a nation that achieves fundamental fairness and equality for all.