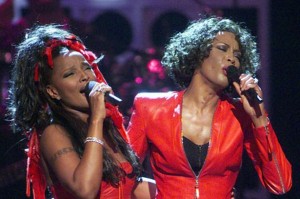 Singer/songwriter Mary J. Blige opened up about her struggles with drinking, sharing her realization that she was incapable of consuming adult beverages on a strictly social basis. “The test comes when you have to decide whether you’re drinking to be social or drinking to cover up something again,” she relates. “To cover up depression, to cover up guilt, shame, abandonment”¦ Once I realized, “˜There you go again,’ I had to stop.”Blige is the only artist with Grammy Award wins in the categories of R&B, Rap, Gospel, and Pop.She continues: “Whitney Houston’s death really affected me. Her death is another reason I stopped. I really do think I’m done. I looked at how that woman could not perform anymore.” Numerous drugs were found in Houston’s body at the time of her demise, with cocaine being one of the contributing factors. Among other sundries, beer and champagne were discovered in the Beverly Hilton hotel room in which she expired.Blige made headlines last week when Bank Of America brought a lawsuit against the singer in New York’s Supreme Court alleging that she has defaulted on a $500,000 loan. This marks the second such legal action against her in three months. Money management is notoriously problematic for alcoholics.Blige has sold 50 million albums worldwide, and owes $511,324 in principal and interest on the Bank Of America loan.

HassahnFebruary 6, 2014September 18, 2022
February 6, 2014September 18, 2022
FacebookTwitterInstagramYoutube
We use cookies on our website to give you the most relevant experience by remembering your preferences and repeat visits. By clicking “Accept”, you consent to the use of ALL the cookies.
Do not sell my personal information.
Cookie SettingsAccept
Manage consent