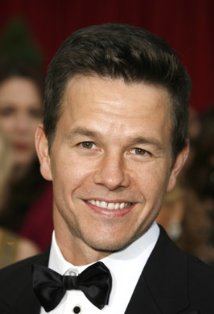 MICHAEL BAY RE-TEAMS WITH HIS “PAIN AND GAIN” STAR MARK WAHLBERG  FOR TRANSFORMERS 4HOLLYWOOD, CA (November 8, 2012) ““ After an exceptionally successful collaboration on the upcoming “Pain and Gain,” Michael Bay has cast Academy Award ®-nominee Mark Wahlberg in the highly  anticipated “TRANSFORMERS 4.”   The film will hit theaters June 27th, 2014.”Mark is awesome.   We had a blast working on “Pain and Gain” and I’m so fired up to be back working with him.   An actor of his caliber is the perfect guy to re-invigorate the franchise and carry on the Transformers’ legacy,” said Bay.Bay will direct the next installment in the “TRANSFORMERS” series, which begins shooting next spring.   From Paramount Pictures, a division of Viacom, Inc., in association with Hasbro, the film will be produced by Don Murphy & Tom DeSanto, Lorenzo di Bonaventura and Ian Bryce, and executive produced by Steven Spielberg, Bay, Brian Goldner and Mark Vahradian.Bay’s first “TRANSFORMERS” film was a box office sensation in 2007, opening at #1 and earning more than $700 million worldwide.    His second installment  “TRANSFORMERS: REVENGE OF THE FALLEN” in 2009 grossed more than $830 million worldwide.   In 2011, “TRANSFORMERS: DARK OF THE MOON” was an even bigger hit worldwide, grossing more than a billion dollars to become the 5th highest grossing film of all time.   To date, the franchise has earned more than $2.6 billion worldwide.From acclaimed director Michael Bay comes “Pain and Gain,” a new action comedy starring Mark Wahlberg, Dwayne Johnson and Anthony Mackie.   Based on the unbelievable true story of three personal trainers in 1990s Miami who, in pursuit of the American Dream, get caught up in a criminal enterprise that goes horribly wrong.   Ed Harris, Tony Shalhoub, Rob Corddry, Rebel Wilson and Bar Paly also star.   The film is based on magazine articles by Pete Collins, with a screenplay by Christopher Markus & Stephen McFeely and produced by Donald DeLine, Michael Bay and Ian Bryce.”PAIN AND GAIN” opens in theaters everywhere April 26th, 2013.