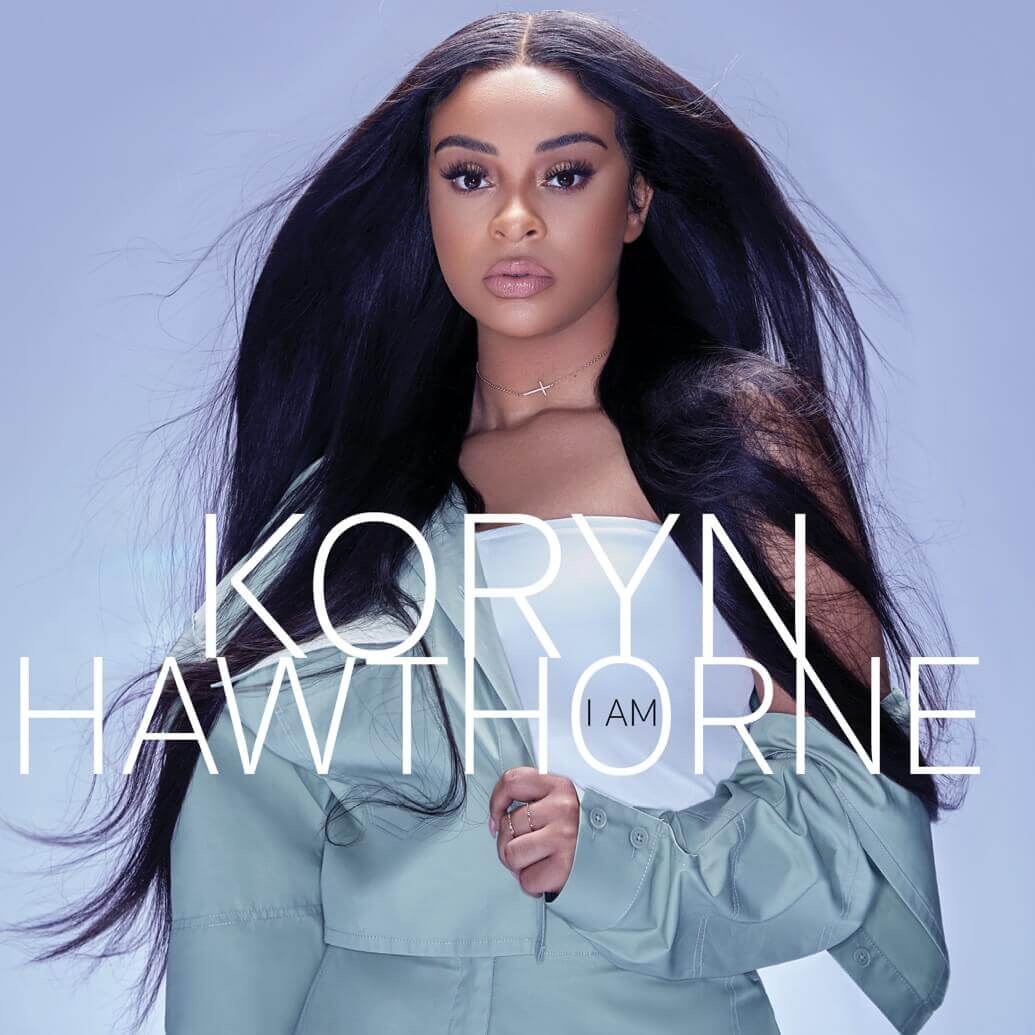 Today, Billboard Music Award and NAACP Image Award winner and two-time GRAMMY®- nominee Koryn Hawthorne, released her highly anticipated album, I Am. The new album is the second full-length project from the dynamic inspirational artist. In conjunction with the album release, Hawthorne has released a new single, “How Great,” and a video featuring contemporary Christian music artist and songwriter, Matt Maher. “How Great” demonstrates how her journey has come full circle, referencing the hymn “How Great Thou Art,” which she performed on NBC’s The Voice and received her first #1 on Billboard’s Hot Gospel Songs chart with five years ago.

Having carved a lane of her own, Hawthorne provides a refreshing blend of gospel, pop, hip-hop and R&B with I Am. She collaborated on the album with some of the music industry’s most talented songwriters and producers including, Maher, Johntá Austin, Makeba Riddick, Troy Taylor, Jeremy “TryBishop” Hicks, Daniel Breland, Jason Ingram, Steffany Gretzinger and Dahryl “DJ” Camper. Comprised of ten tracks, seven of which were co-written by Hawthorne, the new album showcases Hawthorne’s “urban inspirational” signature sound, boundless vocal artistry and creative penmanship. Tracks such as “You” and “Sunday,” and “Know You” capture the essence of who Hawthorne is musically, with the former featuring syncopated beats and horns that are staples in the songstress’ hometown of Louisiana. Songs including the lead single “Speak to Me” and “Joy” demonstrate Hawthorne’s ability to transcend across all genres, with the latter featuring Mary J. Blige’s 1995 hit “You Bring Me Joy”. I Am, is more than a new album. It is Hawthorne’s personal statement and testament.

With a track record of topping charts and breaking records, Hawthorne’s single “Speak to Me,” is the #2 most added song at Urban AC radio this week. The melodic feel-good single was co-written by Austin, Taylor and Hicks, and is currently playing on both Gospel and Urban AC radio in partnership with Epic Records. “Pray,” I Am’s first single, which was released earlier this summer, hit #1 on Billboard’s Gospel Digital Song Sales Chart within the first week of release. And Hawthorne holds the title of the most weeks at # 1 by a female artist on Billboard’s Hot Gospel Songs Chart, where her infectious hit “Won’t He Do It,” stayed for 41 weeks.

“The album is entitled I Am because my journey has come full circle. I am who God says I am. I am called to be everything that He has called me to be. I pray that people step into their calling. I pray that this album turns hearts towards God. That when you go deeper and discover Him, you will discover yourself,” expresses Hawthorne.