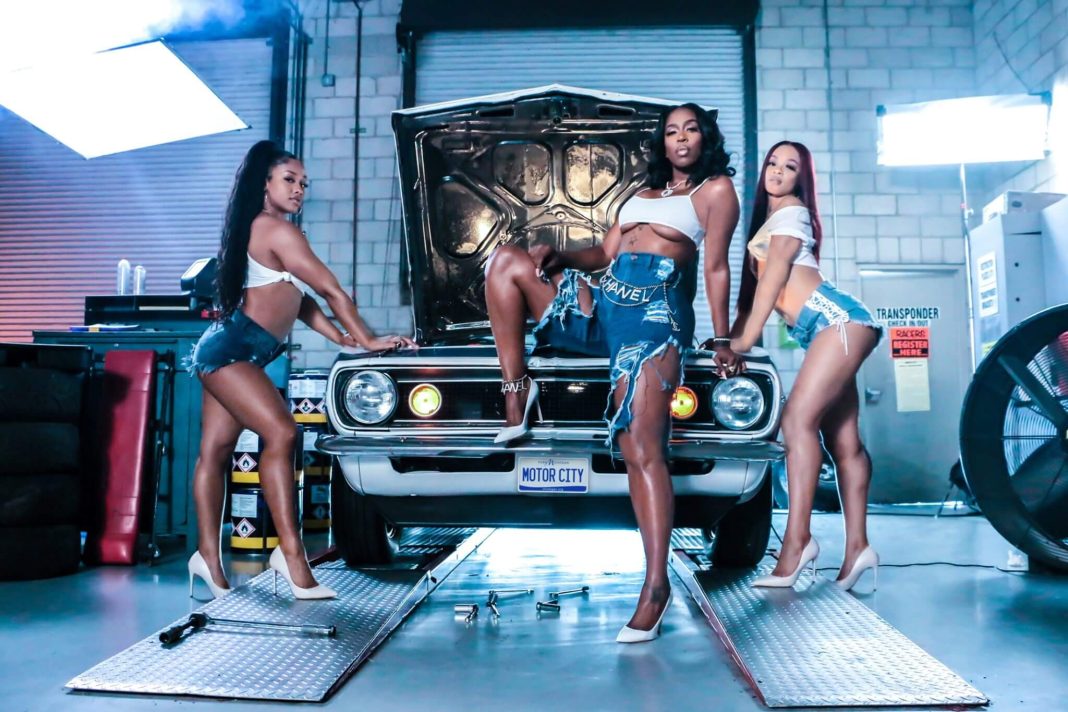 Digital and Radio Facts
Kash Doll releases her music video accompanying her latest banger “Ready Set” featuring fellow Detroit rap representative Big Sean today. The record is an obvious undeniable summer smash, with its celebratory tone and energized pace driven flow. Directed by Jesse Ray Diamond with Teyana (Spike Tee) Taylor serving as Creative Director, the video matches the songs high energy with a Motor City inspired race themed visual that is beyond smoking hot.Watch “Ready Set”: HERE (Post & Share)Speaking about the song and video, Kash Doll says, “Ready Set is a motivational and aspirational song. I wanted to let people know if I can make it, despite the things I’ve been through, they can do it too. I’m a D girl so I’m determined.” The Detroit rapper is on a serious roll. She is fresh off a BET Award nomination for “Best Female Hip-Hop Artist,” touring the country with Meek Mill and just had her major music release “Kitten” featuring none other than the legendary hip-hop icon Lil Wayne. This all follows her groundbreaking mini-movie and song “Hustla” released in April.Detroit native Kash Doll has impacted the music industry with a commanding force, dropping street-earned truths with her throwback wordplay and powerful bars. The one-two combination of spirit and sass announced her as fiery female force in 2019 after quietly amassing 30 million-plus on-demand streams, garnering the BMI Social Star Award and “Issa Wave Award” at the BET Social Awards, and inking a deal with Republic Records. An unbelievable story brought her to this point. Losing her dad on just her first birthday, she always held down multiple jobs to support her mom and siblings. And at 18, she started investing in herself eventually opening two beauty bars and funding her own music career. She made waves on the 2014 independent debut mixtape, Keisha Vs. Kash Doll. Following 2016’s Trapped In The Dollhouse, she developed a presence as a touring force and earned coveted co-signs from Drake, Big Sean, Rick Ross, Remy Ma, and many more. The 2018 The Vault mixtape captured #1 on multiple mixtape sites as her debut single for Republic Records “Ice Me Out” and its 2 Chainz-assisted official remix clocked 18 million-plus total streams. Last year, Kash Doll also released a project solely for her fans titled Brat Mail to thank them for all their continued support. The project garnered over 23 million global streams and features the break out single “Check.” Shortly before Brat Mail, Kash released one of her biggest singles to date, “For Everybody,” which racked up over 10 million YouTube/VEVO views independently.She kicked off 2019 with a bang by supporting Meek Mill on tour. Outside of music, this boss runs Kash Doll Enterprises and does charity work around her hometown. Her city bestowed the “Spirit of Detroit” Award upon her.
Share
Facebook
Twitter
Pinterest
WhatsApp
Previous articleReach Media Premieres Al B. Sure’s Syndicated Evening Show “Love and R&B”
Next articleRADIO SHOW: Pillsbury Session Examines Radio’s Financial Future and Reduced Regulation