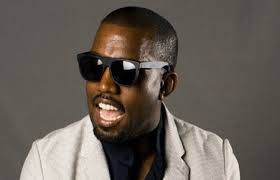 Kanye was at it again in regard to being placed number 7 on MTV’s Hottest MC in the Game list. Kanye West, who hardly ever does media called into Hot 97 on Tuesday night to chop it up with DJ Enuff about his number 7 placement on the the list.West had this to say about his G.O.O.D Music cohort, Big Sean, as he beat out Ye on the list and placed at number 6. “More than anything, I’m happy for Sean.” But he still had an issue with his placement on the power ranking, admitting, “Yeah, number 7 bothers me.”MTV’s “Hottest MCs in the Game VIII” basically measures who is hot right now so before all the hip hop music purist really weigh in, Rakim, Chuck D, or any of the older pioneers can’t be the list. The ranking is based on criteria and a majority vote while MTV News Correspondent Sway Calloway, plays the moderator role. Panelists must consider and weigh in on lyrics, impact, sales, buzz, style and the intangibles, like star quality.Kanye also lobbied for Big Sean to be placed higher on the list saying, “He should be on top 5,” citing “the way he just be bodying records, like the way he started off that ‘Mercy.’ “The Chicago MC continued, “To me, I feel like in order for them to put me at number 7, they had to bring up things that they didn’t like,” West explained. “Like they didn’t like the Cruel Summer album, and I’m like, ‘That’s just a compilation, it ain’t all rappers on G.O.O.D. Music.'”I mean, Cruel Summer got ” Don’t Like” remix, “Mercy,” “Cold,” “New God Flow,” oh and “Clique”! You can’t name five records like that on no album. “But they wanna dis me, and be like, ‘He did Cruel Summer, and he can’t say he ain’t part of it ’cause he did eight records. … Ain’t nobody bringing up that “Diamonds” remix verse, like there was no verse in a year that was fu*kin’ with that verse!””I don’t know, it’s definitely not based on a body of work. It possibly could just be like overall rap-MC-swag, you know what I’m saying? Sean is a great rapper, period; it checks all the boxes. What happens is with these types of things … as soon as you come in like, I had the pink Polo and the backpack, then I’m checking all the boxes of that Tribe Called Quest era and J Dilla and all that, So they wanna champion it. They don’t like ‘Givenchy Kanye,’ they don’t like Kanye in a kilt, they don’t like Kanye in a relationship.””I don’t think it’s them really going bar-for-bar: I said, ‘Lucky I didn’t have Jay drop him from the team!’ ” he said, quoting a line from his track “Cold,” which basically disses Kris Humphries,who was previously married to Kim Kardashian, who now plays for Jay Z’s Brooklyn Nets. “Ain’t no bar, ain’t no bar in the entire past four months hotter than that bar. That’s one bar! I come from this battle rap; that’s how I grew up. I’m from Chicago.”It’s not like Kanye to actually do any press but it is like him to voice his opinion when he feels slighted. Do you think Kanye has a point or does he just need to let it go?MTV has only released 5 through 10 thus far before they reveal the top 1-4 on Sunday.#5 Drake#6 Big Sean#7 Kanye West#8 A$AP Rocky#9 Future#10 Meek Mill