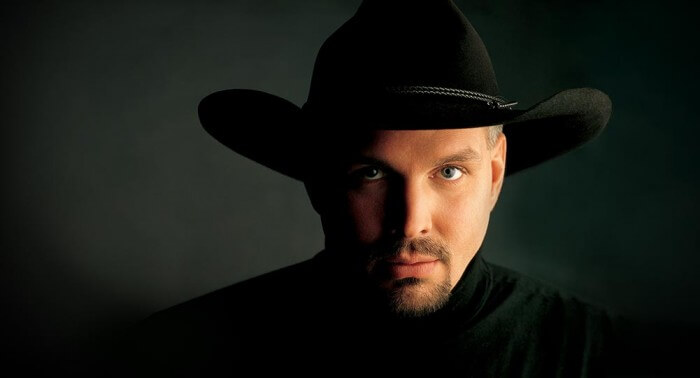 Believing music fans and artists deserve more, Garth Brooks today unveiled the beta launch of GhostTunes.com — a full-service music store giving fans the freedom to listen to the music they purchase on the platform and device of their choice, and giving artists a new way to sell their music any way they dream. The site arrives with the digital distribution debut of Garth Brooks complete catalog, a super bundle of the artists existing music and videos as well as pre-order of his much anticipated 2014 album and newly announced 2015 album, once available, for ‘one crazy low price' of $29.99 – showcasing from day one how much more GhostTunes.com will deliver for fans.”When I decided it was time to ‘go digital' I didn't find an existing way that really fit how I wanted to do it,” said Garth Brooks, award-winning artist and GhostTunes.com founder. “I shared my dream with some amazing minds and together have created something really special – GhostTunes.com. This is a site that treats music with the utmost respect, where our job everyday is to offer music the way the artists want to share it to the listeners who live for and love it. That's a job I hope I can do everyday.”GhostTunes.com enables fans to listen to their music from their personal “locker” immediately upon purchase, without having to download the content to their device. Fans also can download their purchased content to play with the audio player of their choice on a phone, tablet or computer. Just as it seemed fans would be left buying music in an increasingly more restrictive configuration without the ability to take the music they purchase anywhere they please, GhostTunes.com offers a new way.For artists looking to present their music beyond the now standard single and album download, GhostTunes.com is inviting creativity back into the way artists express themselves when introducing their music to their fans. Artists can choose to sell full albums, singles only, or however they'd like to extend the creative process they have in the studio to the final sale. The result of unprecedented collaborations between GhostTunes.com and artists of all genres will be debuting regularly on the site, including many with some of the world's biggest artists between now and the holidays.The featured offering of GhostTunes.com is the debut of Garth Brooks music in a digital format. Showcasing the ability for artists to create their own innovative offerings, #GarthGoesDigital with a mega bundle including all eight iconic studio albums digitally updated, the new double live 25th Anniversary Edition featuring 30 songs along with 30 videos, an instant download of the new single, “People Loving People” and the bonus track, “Send ‘Em On Down The Road.” Other songs from Garth's upcoming album will automatically arrive in a user's GhostTunes locker as they become available prior to the arrival of the complete digital album on Black Friday, as well as an additional 2015 Garth Brooks album. The entire bundle of Garth Brooks music today and pre-order of upcoming albums arriving later this year and next is available for a limited-time on GhostTunes.com for $29.99.”Anyone familiar with the music industry knows the passion Garth has for bridging the wants and needs of artists and fans – something that the entire team has used as a guiding principle in the creation of GhostTunes.com,” said Randy Bernard, CEO of GhostTunes. “Today is a great day for fans of music and those that create it, and just wait until you see what we have planed next – you won't have to wait long.”GhostTunes.com offers a catalog of million songs and products, with music from some of the world's biggest music labels, including the three largest: Universal Music Group, Sony Music Entertainment and Warner Music Group. GhostTunes.com offers exclusive creative bundles and albums at a range of prices, along with singles available for 99 cents and $1.29.

Kristen Perteet - September 28, 2020 0
People doubted it would happen after how the season started with the positive Covid tests, but they did it. Baseball has made...