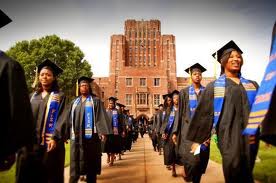 Fox today announced a transformative new partnership with the Historically Black Colleges and Universities (HBCUs) designed to further the development of diverse voices across the company’s entertainment businesses. The FOX/HBCU Media Alliance (FHMA) will bring HBCU students, faculty and alumni together with executives from Fox’s media and entertainment businesses in an effort to build a stronger pipeline for students interested in pursuing careers in the film and television industry and advance the careers of HBCU alumni working in media and entertainment across the Fox businesses. FOX Audience Strategy, the company’s cross-divisional unit that focuses on advocating diverse perspectives in entertainment will spearhead the initiative. Making the announcement was Nicole Bernard, Senior Vice President, and head of FOX Audience Strategy.”As a HBCU alumnus, I know first-hand the extraordinary level of talent coming out of these schools,” said Bernard, who received her undergraduate degree at Howard University before securing her J.D. at Georgetown University Law Center. “Fox has been a strong supporter of HBCUs, but now we want to elevate those efforts by creating a robust and unprecedented resource that harnesses the talent that HBCUs produce. I am excited that we will have the opportunity ““ through regional events, workforce initiatives and social networking platforms ““ to not only identify, cultivate and advance the best and brightest from this vast community, but to provide an array of tangible platforms for their creative gifts.””It is exciting to have a major entertainment entity such as FOX do more than simply acknowledge the depth of talent that the African-American community has to offer the filmmaking and entertainment industry, but to also help nurture that talent through these new HBCU initiatives,” said Sidney A. Ribeau, Ph.D., President of Howard University. This partnership will help Howard and other HBCUs to continue their tradition of producing quality talent that creates award-winning work.””We are pleased to learn that FOX Audience Strategy is making a commitment to partner with HBCUs so that the organization might take advantage of the outstanding and talented students, faculty, and alumni found in our institutions,” said Dr. William R. Harvey, President of Hton University. “I believe that Fox Entertainment and the country will be better off as a result of this initiative.”As part of the partnership, FOX Audience Strategy is establishing and funding the first-of-its-kind Fox Film Grant that will enable one FHMA member to participate in Project Involve, a year-long program of Film Independent. The mission of Film Independent is to chion the cause of independent film and support a community of artists who embody diversity, innovation and uniqueness of vision. Project Involve is Film Independent’s signature program dedicated to fostering the careers of talented filmmakers from communities traditionally underrepresented in the film industry.The FHMA will leverage the collective resources unique to a multi-dimensional entertainment company ““ film, television and sports ““ to promote professional advancement and other opportunities for African-Americans in media and entertainment. Based in Los Angeles, FHMA will also have chapters in Washington, D.C. and New York City, led by influential HBCU alumni from the media and entertainment industry. At launch Howard University and Hton University will serve as inaugural institutional partners. However, membership in the Alliance is open to all current HBCUs, their students, faculty and alumni that work in the media and entertainment sector.