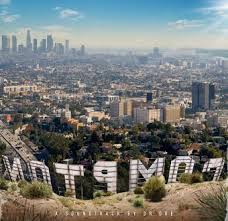 With the highly anticipated “Straight Outta Compton” film ready to debut on August 14th, Dr. Dre and Apple Music decided to give the fans a little taste of Dr. Dre’s new album Compton. Yes, you heard that right, Dr. Dre has a new album. It isn’t the Detox, which everyone and their momma has been waiting for, but it is the first album Dr. Dre has released in 16 years. For some lucky individuals, Compton will be made exclusively available to them a full day before the album releases to the general public via Apple Music.Apple Music subscribers will have access to stream Compton for no additional cost Thursday(tonight) from 6pm-9pm Pacific time.Compton is 16 tracks long and in typical Dr. Dre fashion, he is bringing some special guest talent with him, including Kendrick Lamar, Eminem, Jill Scott, and of course Snoop Dogg. His original N.W.A comrade, ice cube also makes an appearance on the album. Take a look at the full track listing below:01 Intro02 Talk About It [ft. King Mez & Justus]03 Genocide [ft. Kendrick Lamar, Marsha Ambrosius & Candice Pillay]04 It’s All on Me [ft. Justus & BJ the Chicago Kid]05 All in a Day’s Work [ft. Anderson Paak & Marsha Ambrosius]06 Darkside/Gone [ft. King Mez, Marsha Ambrosius & Kendrick Lamar]07 Loose Cannons [ft. Xzibit & COLD 187um]08 Issues [ft. Ice Cube & Anderson Paak]09 Deep Water [ft. Kendrick Lamar & Justus]10 One Shot One Kill [ft. Snoop Dogg]11 Just Another Day [ft. Asia Bryant]12 For the Love of Money [ft. Jill Scott & Jon Connor]13 Satisfaction [ft. Snoop Dogg, Marsha Ambrosius & King Mez]14 Animals [ft. Anderson Paak]15 Medicine Mane [ft. Eminem, Candice Pillay & Anderson Paak]16 Talking to My Diary