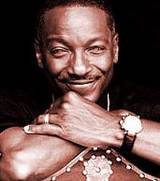 Somewhere in Washington, D.C., longtime radio DJ, television, and movie personality is celebrating his 59th birthday — and trying to keep warm. “I’m cold. It’s been in the low teens in the DC area the last four days now, and we even had a little snow yesterday,” he said. “Four days of winter, and I’m already praying for mercy.”Simpson hosted The Donnie Simpson Morning Show out of D.C. on WPGC from 1993 until the day before his 56th birthday. He is reportedly the first non-syndicated Black format radio personality to earn a salary in excess of $1 million dollars.”I grew up in freezing Detroit winters, but my blood has thinned,” he describes. “I used to enjoy all the seasons, but as I get into the autumn of my life, I’d like to avoid winter. I much prefer swinging golf clubs to shoveling snow. I don’t want gloves and parkas. I want shorts and sandals.”Simpson began his career at age 15 at radio station WJLB in Detroit, Michigan. He left WPGC three years ago amid a dispute between the station’s owner CBS Radio. Simpson states he is not retiring, nor has he announced his plans for the next stage of his career. The BET Walk Of Fame and Billboard’s “1998 Air Personality of the Year” came to prominence when he was recruited by the founder of BET to host their primetime music video show “Video Soul”, which he did until the show’s cancellation in 1997.But back to the weather: “I want my black car to be black again, not salted white. I wanna let the windows down and blast’Block Party’ by Chuck Brown and’Summertime’ by DJ Jazzy Jeff & The Fresh Prince. I wanna see’Guys out hunting and girls doing likewise. Honking at the honey in front of you with the light eyes,’ ” quipped the icon who also goes by the nickname Dr. Green Eyes. “I want the sun to hangout with me til almost 9, not duck behind the moon at 5. Shamon, summer, shamon!”