Who Advanced the Cause of Education for African Americans in the Jim Crow South in Collaboration with Booker T. Washington? 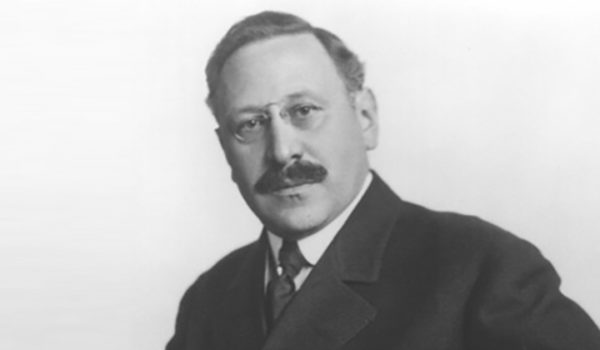 ROSENWALD, a Biopic DVD film directed by Aviva Kempner, includes 4.5 Hours of 39 Bonus Materials with an online Teaching Guide”A great American saga of interracial cooperation” -Julian Bond, Civil Rights activist”A touching bio about a selfless, self-made billionaire who’d probably prefer to be remembered as a tireless proponent of the notion that black lives matter” -Kam Williams, Baret News SyndicateInfluenced by the writings of the educator Booker T. Washington, Julius Rosenwald was a Jewish philanthropist who joined forces with African American communities during the Jim Crow South to build over 5,300 schools during the early part of the 20th century. Julius Rosenwald used his wealth to become one of America’s most effective philanthropists. Because of his modesty, Rosenwald’s philanthropy and social activism are not well-known today. He gave away $62 million in his lifetime – $850 million in today’s currency.Rosenwald, the documentary film directed, written and produced by filmmaker Aviva Kempner, sheds light on this silent partner of the Pre-Civil Rights Movement. Rosenwald awarded fellowship grants to a who’s who of African American intellectuals and artists including Marian Anderson, James Baldwin, Julian Bond’s father Horace Mann Bond, Ralph Bunche, W. E. B. Du Bois, Katherine Dunham, Ralph Ellison, Langston Hughes, Zora Neale Hurston, Gordon Parks, Jacob Lawrence and Augusta Savage.A list of prominent alumni and educators who attended the Rosenwald Schools includes: Tony Award winning playwright George Wolfe, poet Maya Angelou, U.S. Representative John Lewis, Pulitzer Prize winner Eugene Robinson and relatives of Loretta Lynch (US Attorney General) and Anita Hill.Augusta Savage: A legend in African American art history – A campaign has started to recreate her famous sculpture, “The Harp” which appeared at the 1939 New York World’s Fair and was destroyed at the Fair’s end.Rosenwald and the NAACP: An example of positive relations between the African American and Jewish communities.Booker T. Washington and W.E.B Du BoisJulian Bond and Voting Rights in Washington DCLegacy of Black Architects at TuskegeeTrailer: https://www.youtube.com/watch?v=LyLWd5F3CPQ”I was most impressed hearing how Rosenwald partnered with educator Booker T. Washington and African-American communities in the South to build over 5,000 schools to improve the very meager education provided in the early 20th century Jim Crow South,” says Aviva Kempner.