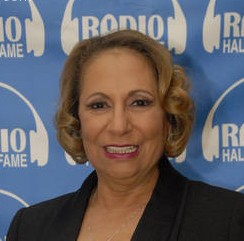 Cathy Hughes looks great and makes some very valid points here HOWEVER she is not correct in saying Mo’Nique’s role is (paraphrasing) “unrealistic.” I personally knew a black woman who was SO closely related to Mary Jones (Mo’Nique’s character in Precious) I thought the movie was written about her. I grew up with her daughter (whom I will not name) and she called that 7-year-old girl every “Bitch” and “Ho” you could ever imagine and the entire neighborhood could her her beat and abuse her daughter. She treated her daughter the EXACT same way as Mary Jones IF NOT WORSE.The ENTIRE black community has got to stop hiding the truth and being in such severe denial about afflictions like mental illness. It DOES exist in the black community for both men and women.Finally, I love what Cathy is doing with TV One.   I really like the development

Radio FactsNovember 25, 2021September 17, 2022
November 25, 2021September 17, 2022
FacebookTwitterInstagramYoutube
We use cookies on our website to give you the most relevant experience by remembering your preferences and repeat visits. By clicking “Accept”, you consent to the use of ALL the cookies.
Do not sell my personal information.
Cookie SettingsAccept
Manage consent