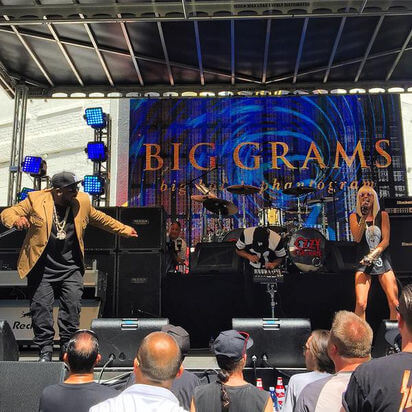 All you Outkast fans will have to put your dreams on hold for a while. Big Boi and Andre don’t have a new album in the works, at least that we know of, but Big Boi has joined forces with Phantogram.  If you don’t know, Phantogram is an electronic rock duo out of Greenwich, NY.  This wouldn’t be their first collaboration with Big Boi as they have made appearances on his songs before.  This would be the first time, they are are actually working on a project together under the new name of Big Grams. Big Boi and Phantogram made their live debut as their new collective this weekend with a three-song set at Epic Fest in L.A. During the set, Big Boi said the album would be “coming soon.”