Home 2007thru2010 ALICIA KEYS TO BE JOINED BY ROBIN THICKE AND MELANIE FIONA ON... 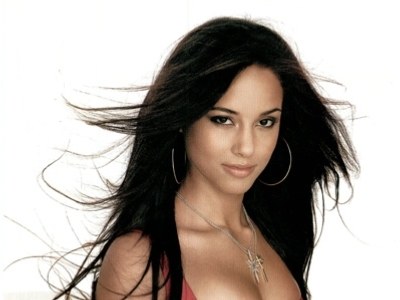 Twelve-time Grammy Award winning superstar Alicia Keys will be joined by fellow Grammy Award winner, Robin Thicke, and newcomer Melanie Fiona on “The Freedom Tour” which kicks off March 3rd at Chicago’s Allstate Arena and continues with stops in New York, Boston, and Los Angeles. New dates have been announced as indicated below.

Prior to her 21-city jaunt, Alicia and Beyonce will head to Brazil to shoot the video for their infectious duet “Put It In A Love Song” from Alicia’s critically-acclaimed new album The Element of Freedom. The video will be directed by Melina Matsoukas.

On February 14, Keys will head to the Cowboy Stadium in Arlington , TX to headline the 2010 NBA All-Star Game Halftime Show with a performance of her hits “Try Sleeping With A Broken Heart,” “Empire State of Mind (Broken Down Part II),” and “No One.” The NBA All-Star Game will air live at 8 p.m. ET on TNT.

The Element Of Freedom, released December 15th, 2009 on J Records/MBK Entertainment, was the #1 new release on the Billboard Top 200 chart the week of its debut, #1 in Japan and Switzerland , and this week land s at #1 on the UK album chart marking Keys’ first ever #1 album in the UK. In only 8 weeks, the album has sold over 1.8 million copies worldwide.

Alicia Keys’ “The Freedom Tour” U.S. dates are as follows: