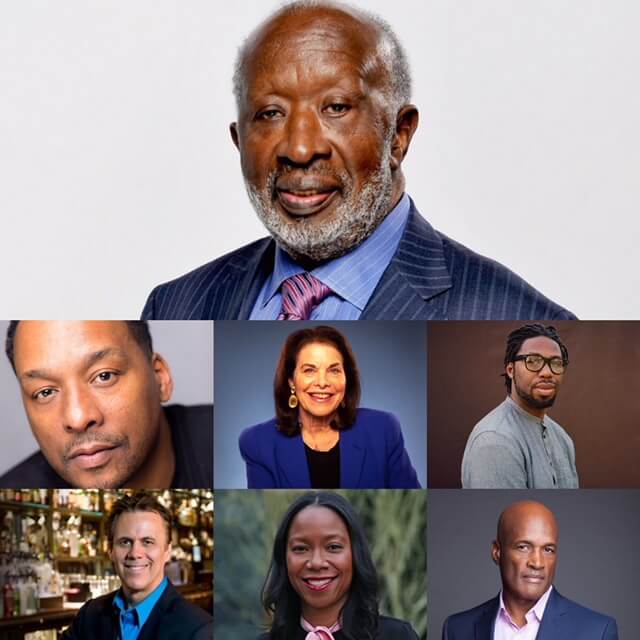 The African American Film Critics Association proudly announces its class of honorees for the 2020 AAFCA Special Achievement Awards Luncheon to be held on Saturday, April 11, 2020 in the Crystal Ballroom at the Riviera Country Club in Pacific Palisades.“AAFCA Special Achievement Awards are given to individuals whose careers have impacted the entertainment industry,” said Gil Robertson, AAFCA co-founder/CEO. “They include a mix of individuals from various corners of the industry who have distinguished themselves in their work, making a powerful and wide-reaching impact. Many of them we celebrate for their long-term contributions while others are emerging figures who, in a relatively short time, have made immediate contributions while foreshadowing the promise of greater things to come.”Clarence Avant, whose legacy was most recently chronicled in the Netflix documentary, The Black Godfather, spearheaded by his daughter Nicole, will receive the Game Changer Award for his behind the scenes generosity and power moves that rippled across the entertainment industry. Former Paramount chair Sherry Lansing will receive the Legacy Award for both her trailblazing career as the rare female studio head as well as her philanthropy work through her eponymous foundation.Noted film critic Richard Roeper will receive the Roger Ebert Award, named after his longtime colleague and At the Movies co-host and administered by his wife Chaz Ebert, for his esteemed career that spans over 30 years. Warner Bros. Pictures’ senior vice president, film production Niija Kuykendall will receive the Ashley Boone Award, named for the pioneering film executive and administered by his family, including sister Cheryl Boone Isaacs, for her stellar track record and promise in the industry.Filmmakers Matthew Cherry and Deon Taylor are respectively Breakout Filmmaker and Horizon Award honorees. Through his Hidden Empire Film Group, Taylor over the last decade has built a film library that he has largely directed and produced. His recent films include The Intruder starring Michael Ealy, Megan Good and Dennis Quaid and Black and Blue, starring Naomie Harris and Tyrese Gibson. Cherry executive produced Spike Lee’s Oscar-winning BlacKkKlansman and earned acclaim this year for his animated short film, Hair Love, showcasing a Black father doing his daughter’s natural hair for the first time.The National Association of Latino Independent Producers (NALIP) will receive AAFCA’s Salute To Excellence Award in recognition of its work to maximize diversity and inclusion for creators of color across the spectrum of entertainment over the last 20 years. Finally, director Kenny Leon, whose most recent work is American Son, will receive the Nissan Innovator Award in recognition of his innumerable contributions to both the Broadway stage and the big and small screens.Past Special Achievement Awards honorees include Oscar-winning costume designer Ruth E. Carter, current Netflix and former Disney executive Tendo Nagenda, legendary actor-activist Edward James Olmos and more. “Like previous recipients, members of our 2020 class of honorees have demonstrated the highest standards of excellence in their respective spheres while also creating spaces that have allowed others who follow to reach even greater heights. We look forward to welcoming them to the AAFCA circle of excellence in April,” added Robertson.Previously the Special Achievement Awards have typically taken place the weekend prior to the AAFCA Awards, the organization’s tentpole gala that will take place on January 22, 2020 at the Taglyan Complex in Hollywood. However, due to the truncated awards calendar the luncheon has been pushed to April 11 at the Riviera Country Club.