Radio Facts: The first photo of James Holmes have been released. He is the shooter behind the Aurora, Colorado movie theater shooting.  Holmes walked in to a theater during the midnight showing of the latest Batman movie, The Dark Knight Rises. 12 people have died and at least 38 people were wounded from the shooting. His apartment and his vehicle were also booby trapped with explosives. 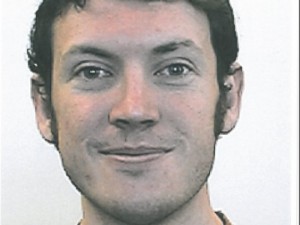