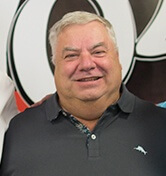 One of my closest true industry friends, the late Nate Quick once told me the mostly black on-air staff at Service Broadcasting’s KKDA were complaining about a carpet in the office. He told me that they were told the carpet could be replaced if they were willing to cut their salaries.Let’s just say the carpet stayed. Hyman Childs, a private industry exec who will deservedly be honored at this year’s Living Legends awards in LA,  has been hailed as an industry hero and known for decades for his generosity to black announcers and radio people. While it’s always great to see us prosper in business on our own as well, who wouldn’t want to help this man and his stations win?We have heard that Childs is repeatedly approached about selling his stations and nobody wants to see that happen but as an entrepreneur, I understand the need to move on. Unfortunately, if he ever does sell this would be the end of a great era.