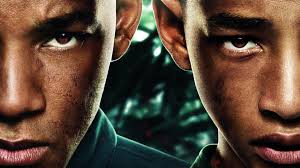 Virgin Produced, the film and television arm of the Virgin Group, has teamed up with Overbrook Entertainment on a non-exclusive pact, which will support the After Earth franchise, starting with the upcoming May 31 st release, it was announced today by Jason Felts, CEO of Virgin Produced, and James Lassiter of Overbrook Entertainment. This pact allows Virgin Produced the option to co-produce, co-finance and co-market a sequel to After Earth. The two companies will look to develop film and television properties together, in which Virgin Produced would co-produce and market across its expansive global platforms.The pact marks a natural relationship for both Virgin Produced and Overbrook as it reinforces both companies’ missions: to find projects that entertain as well as educate, with ideas that leap off the entertainment page and into the national conversation. As Overbrook’s After Earth shares many of the themes that Virgin is committed to: it focuses on the future that awaits the human race if it continues on its destructive environmental path and raises important questions about the present state of the planet, the future, and the environment.As one of the most respected talent friendly brands, it is anticipated that the alignment with Overbrook is the first in several talent owned production company alignments as Virgin Produced increases its growth under the direction of co-founder Jason Felts. Commenting on the announcement, Felts said, “This deal makes perfect sense for us, both in a thematic sense and as a company. At Virgin, we believe it’s important to give mankind a heightened awareness of the nature and vulnerability of our planet. For example, we have to travel to space to look down and see how fragile the earth is; certainly, the film takes that message to heart in both literal and figurative ways. As a company, we saw the opportunity to team up with one of the industry’s leading film and television production companies that also embraces this mission. That’s why we’re excited to partner with Overbrook on future films.”Lassiter added, “We are excited for the opportunity to join forces with Virgin Produced. We believe they share our ultimate goal: to create entertainment that also uplifts and educates. Simply, we both believe that entertainment can be a force for good in the world ““ and we think both companies are leaders in that aspect. That’s why this deal is a natural fit.”Virgin Produced, with a focus on quality product, is breaking the mold amongst producers / production companies with the ability to attract top talent and market its movies across Virgin’s global marketing platform. Virgin Produced, since its inception in 2010, has co-produced and marketed a half-dozen films, primarily through its former overall deal with Relativity Media, which now has Virgin Produced operating independently.In After Earth, a crash landing leaves teenager Kitai Raige (Jaden Smith) and his legendary father Cypher (Will Smith) stranded on Earth 1,000 years after cataclysmic events forced humanity’s escape. With Cypher critically injured, Kitai must embark on a perilous journey to signal for help, facing uncharted terrain, evolved animal species that now rule the planet, and an unstoppable alien creature that escaped during the crash. Father and son must learn to work together and trust one another if they want any chance of returning home.Columbia Pictures presents an Overbrook Entertainment/Blinding Edge Pictures production directed by M. Night Shyamalan from a screenplay by Gary Whitta and M. Night Shyamalan and a story by Will Smith, and produced by Caleeb Pinkett, Jada Pinkett Smith & Will Smith, James Lassiter, and M. Night Shyamalan.