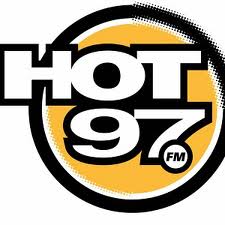 In 97 days, the hottest artists in Hip-Hop will join HOT 97, the nation’s premiere Radio Station for Hip-Hop and R&B, to celebrate the 20th Anniversary of HOT 97’s Summer Jam! HOT 97 will turn MetLife Stadium in East Rutherford, NJ into the largest gathering of Hip-Hop talent and enthusiasts, collectively known as District 97. With over 55,000 attendees and countless fans worldwide, HOT 97 Summer Jam XX is not only the biggest and most anticipated annual Hip-Hop concert of the year, but also the longest-running Hip-Hop festival worldwide!Alex Cameron, SVP and General Manager, states, “Every year the entire HOT 97 staff puts our hearts and souls into producing an amazing experience for the Hip-Hop world at HOT 97’s legendary Summer Jam concert. This year is extra special, as we mark the 20th Anniversary of this monumental event. We have a few surprises in the works to celebrate our 20-year reign as the number 1 source for Hip-Hop music and entertainment; this year is lined up to be bigger and better than ever! This will be a must-attend event for Hip-Hop fans around the country and beyond.””Summer Jam season takes over the city of New York and the entire Radio Station ; hell, we started planning months ago,” adds Ebro Darden, Programming Director. “This year will be another awesome year as the entire Hip-Hop community comes out to celebrate the music we all love!”Last year at HOT 97 Summer Jam 2012, music’s hottest artists hit the stage including Young Jeezy, Meek Mill, 2 Chainz, Big Sean, and Rick Ross & Maybach Music, as well as surprise guests Nas, Lauryn Hill, A$AP Rocky, Slaughterhouse, Joe Budden, Swizz Beatz and more! You never know who will be at the most famous Hip-Hop concert on the planet!”HOT 97 throws the ultimate Hip-Hop concert each and every summer, and this year, I’m touching the Summer Jam stage for the 20th time,” states HOT 97 on-air personality Funkmaster Flex. “This is the stage that matters. It matters to the people. It matters to the artists. Summer Jam is always the most talked about Hip-Hop event of the year!”Over the next 97 days, HOT 97 celebrates hosting the most influential concert in Hip-Hop history for the past 20 years! For additional information check out HOT 97’s Summer Jam XX feature page. Listeners can sign up for The Click at HOT97.com for information and exclusive codes to purchase pre-sale tickets to HOT 97’s Summer Jam XX before they go on sale to the public. Get your tickets to the biggest event of the summer before it sells out!

Radio FactsNovember 27, 2012September 18, 2022
November 27, 2012September 18, 2022
FacebookTwitterInstagramYoutube
We use cookies on our website to give you the most relevant experience by remembering your preferences and repeat visits. By clicking “Accept”, you consent to the use of ALL the cookies.
Do not sell my personal information.
Cookie SettingsAccept
Manage consent