Sarah Morgan has re-joined The Lex & Terry Morning Show as a member of the on-air broadcast team. Morgan spent seven years with the highly-rated and highly regarded Lex & Terry show before departing for a career on board a Carnival Cruise liner, but this week the popular former member of the show staff is once again a current member of the program. This announcement comes today from USRN’s EVP/Programming, Andy Denemark and the show’s founding co-hosts, Lex Staley and Terry Jaymes. Sarah Morgan comes back to the show in a role as a full-time on-air contributor, and regarding her return, Lex & Terry commented that “Sarah is a content machine. She was beloved and revered on the show for many years, and it’s fantastic to welcome her back.” Morgan fills a hole in the show’s on-air lineup that was created by the departure of Krystina Byford who had been with the show for the past two years. Byford is joining the Creative/Production department at the Cumulus cluster in Dallas to work on the Country outlet KSCS-FM as well as KTCK “The Ticket," on the nation’s top Sports Radio Stations. Lex and Terry continued by stating that “Both of these young ladies have been a huge part of our success over the last ten years, and we are happy for both of them to be where they are now. Krystina will be a major player in Dallas radio, and Sarah is a rating magnet, so we are thrilled to have her on the air again.”

Lex & Terry first teamed up on the air at WFYV-FM, Jacksonville in 1992. The two had a successful morning show locally in Jacksonville, and then in 1997, the duo decided to take the program into national syndication. The show found a national audience immediately, and Lex & Terry eventually moved their broadcast operations to Dallas, TX, which still serves as the hometown for their studios. Lex Staley has a long history in radio both on the air and in various management capacities including having been a Program Director. Terry Jaymes comes from a background of comedy, television and live performance, and together they’ve got over 50 years of combined radio experience. Currently, the Lex & Terry show is broadcast in dozens of markets from 6 am until 11 am Eastern Time each weekday, with “Best-Of” segments available for weekend programming. 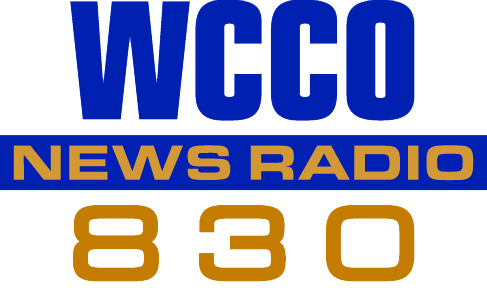 Paul Douglas and Jordana Green have been named the new afternoon drive hosts on WCCO-AM, CBS Radio Minneapolis.  The Paul & Jordana Show will premiere on August 1 from 3:00-6:00 PM, ET.

“We've been friends and colleagues for a long time. We plan to learn a lot and laugh even more, and hope our listeners will do the same,” said Paul and Jordana.

“Our goal is to have a show that speaks to our community and brings listeners relevant and entertaining topics each day,” said WCCO Operations Manager/Program Director, Lindsey Peterson. “Paul and Jordana are passionate about speaking to our community and we are excited to have them as part of the station.”

Paul and Jordana previously teamed up when Jordana was Vice President of Programming for WeatherNation TV before moving to WCCO.

Paul Douglas is a nationally respected broadcaster and meteorologist, with 34 years of broadcast television and 36 years of radio experience. Paul is well known to Minnesota residents as the head meteorologist for KARE-TV and WCCO-TV. He also launched the national weather channel, WeatherNation TV in 2011. Paul provides daily weather for the Star Tribune, the St. Cloud Times, Conservation Minnesota and WeatherNation, and is an author and regular contributor to TPT’s “Almanac.”  Paul has launched five weather technology companies during his career, including his current ventures, AerisWeather and Praedictix, based in Eden Prairie.  A graduate of Penn State, Paul and his wife Laurie live in Excelsior and have two sons.

"I'm thrilled to be joining Jordana and the rest of the WCCO Radio Team,” said Paul.  “I got my start on radio in high school and college, and this feels like coming home. Jordana and I will fine-tune a show that's fast-paced, informative and a little irreverent. We want to highlight interesting people and great storytelling, exposing listeners to new voices and the solutions that will make their lives better. We all live in our news bubbles, but radio unites us like no other medium. We need that more than ever. And if that doesn't work we'll quickly transition to an all-Doppler format."

Jordana Green has been with WCCO Radio since 2012, hosting her 9:00-11:00 PM show and co-hosting afternoon drive with John Williams. She started her career as a field producer at FOX-5 in New York, then as the medical reporter at WBRE-TV, Wilkes-Barre, PA. She moved to the Midwest to anchor the morning show at FOX-59 TV in Indianapolis. Then Minnesota called, and Jordana answered by anchoring FOX-29 TV’s primary newscast while earning an Emmy for on-camera excellence. Before coming to WCCO, Jordana helped launch WeatherNation TV. She is a graduate of the S.I. Newhouse School of Public Communications at Syracuse University. Jordana and her husband Marc Grossfield live in St. Louis Park with her three children.

“I am so excited to be co-hosting with Paul during drive-time,” added Jordana. “He understands a lot more about the world than just weather and is one of the kindest and wittiest people I know. We are going to have a blast working together!”

URBAN Digital and Radio Facts - Modified date: May 1, 2012 0
Radio Facts: Coka-Lani Kimbrough has been appointed the new Midday Host for WKYS-FM (93.9) in Washington D.C. " We are excited to have Coka-Lani...