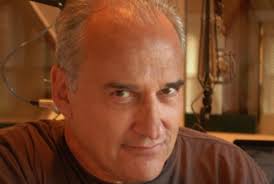 When you’re born with the middle name “Records”, your destiny has been chosen for you. John Records Landecker fulfilled his destiny by becoming one of the most respected disc Radio DJeys in radio history. He currently works at WLS 94.7 FM in Chicago.In Landecker’s incredible 40-plus year major market radio career, he lived an amazing life. His former long-time producer, author Rick Kaempfer, has managed to pull those stories out of him in the pages of “Records Truly Is My Middle Name.” Whether the stories are about the behind the scenes world of Top 40 Radio’s heyday, or Landecker’s colorful encounters with worldwide celebrities like George Harrison, Mel Brooks, Tom Hanks, Bill Murray, Elton John, The Rolling Stones, George Carlin, and countless others, Landecker recounts his tales with refreshing honesty and humor.You’ll be transported into a radio studio with Stevie Wonder as the news of Martin Luther King Jr.’sassassination comes across the wire. You’ll go into a shopping mall with John Travolta and 30,000 screaming teenage girls. You’ll meet people before they were stars””the 14-year-old kid who would become a legendary television producer””the teenager who went on to become a worldwide rock star””the original cast of Star Wars as their starships were blasting them into a galaxy far, far away. You’ll wake up in airplane overlooking the Grand Canyon without the slightest inkling of how you got there. And you’ll take a “stay out of trouble” getaway vacation and inadvertently stumble onto a Playboy Playmate shoot and a crashed airplane full of pot.Landecker and Kaempfer produced this memoir as they once did their radio show together. The book is packed with the stories behind Landecker’s most famous bits and songs, timeless photographs, John’s personal memories of important Baby Boomer milestones, and additional stories from over thirty guest stars