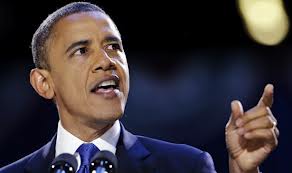 In WTF news, after President Barack Obama’s re-election, several petitions from a variety of states calling for secession have begun to gain signatures on the White House’s We The People site. According to Loop21, the Barack Obama re-election has motivated citizens from over 21 states have filed the aforementioned petitions, and they’re generating a somewhat significant amount of signatures. Many of these petitions are estimated to reach over 25,000 signatures, at which time the President would probably have to respond to this nonsense.The states have official petitions online include Louisiana, Texas, Kentucky, Michigan, Colorado, New Jersey, Montana, Missouri, North Dakota, Indiana, Tennessee, Mississippi, South Carolina, North Carolina, Alabama, Florida, Georgia, New York, Arkansas, and Oregon.Petitioners have one month to obtain 25,000 signatures in order for the president to consider the request.