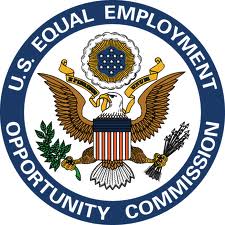 The U.S. Equal Employment Opportunity Commission (EEOC) today issued a comprehensive report addressing major obstacles hindering equal opportunities for African Americans in the federal work force, in addition to highlighting stakeholder recommendations. The report is available on EEOC’s website at https://www.eeoc.gov/federal/reports/aawg.cfm.The report, prepared by an internal agency work group, is based upon in-depth research and widespread consultations with key federal stakeholder groups representing African Americans, as well as other affinity organizations (referred to in the report as “dialogue partners”).”This report is timely because it coincides with the Commission’s recently approved Strategic Plan for Fiscal Years 2012-2016,” said Carlton Hadden, director of EEOC’s Office of Federal Operations. “This effort is the latest step in an ongoing dialogue with agency stakeholders to effectuate a model federal workplace for all employees.”Following are the seven obstacles indentified in the EEOC African American Workgroup Report:1) Unconscious biases and perceptions about African Americans still play a significant role in employment decisions in the federal sector.2) African Americans lack adequate mentoring and networking opportunities for higher-level and management positions.3) Insufficient training and development assignments perpetuate inequalities in skills and opportunities for African Americans.4) Narrow recruitment methods negatively impact African Americans.5) The perception of widespread inequality among African Americans in the federal work force hinders their career advancement.6) Educational requirements create obstacles for African Americans in the federal work force.7) EEO regulations and laws are not adequately followed by agencies and are not effectively enforced.Each of the seven obstacles highlighted in the report contain background information, as well as underlying issues and specific recommendations from the work group’s dialogue partners ““ who independently and repeatedly identified the aforementioned impediments. The report is being issued to memorialize the obstacles and recommendations of EEOC’s dialogue partners.EEOC’s dialogue partners in the report included:”¢ Blacks in Government (BIG)”¢ African American Federal Executives Association (AAFEA)”¢ Federally Employed Women (FEW)”¢ Federal EEO Directors and Federal Special Emphasis Program Managers”¢ The Equal Justice Society”¢ The Women’s Bar Association of the District of Columbia”¢ Workplace Flexibility 2010″¢ The Equal Rights CenterThe work group also received valuable input from academic expert Dr. Paula Caplan of the W.E.B. Dubois Institute at Harvard University.The EEOC enforces federal laws prohibiting employment discrimination in the private and public sectors. Further information about the agency is available on its website at www.eeoc.gov.