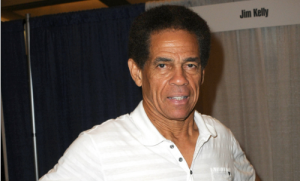 Apple Orders “The Supermodels,” a Documentary Series Exploring the Careers of Naomi Cbell, Cindy Crawford, and Others

KORYN HAWTHORNE GARNERS #1 DEBUT WITH SOPHOMORE ALBUM I AM

Do the Boston Celtics have a chance to come back and beat the Heat? | The Jump