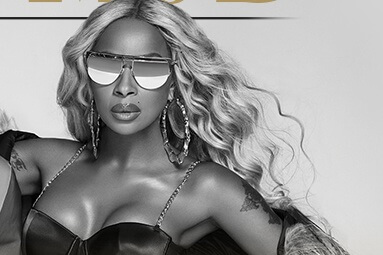 Grammy® winner and Oscar® nominated megastar Mary J. Blige has signed an exclusive first-look television deal with global content leader Lionsgate (NYSE: LGF.A, LGF.B) to develop and produce television series under her newly-launched Blue Butterfly productions. The multifaceted singer-songwriter-actress will also have the opportunity to create content across Lionsgate’s array of business platforms.Multi-platinum record selling artist and Academy Award® nominee, Mary J. Blige has established herself as an icon and role model in the entertainment industry. She has over a dozen hit studio albums and recently appeared in the Oscar® nominated film Mudbound earning her dual nominations for her acting and music. She is currently starring in Netflix’s hit series “The Umbrella Academy” and her upcoming projects include films like Violent Heart and Body Cam. Mary will also be launching a highly-anticipated North American music tour with R&B artist Nas this summer.”Mary is a very talented artist, fearless visionary and an incredible human being. We’re delighted to be working with someone with such a powerful and impactful creative voice,” said Lionsgate Television Group Chairman Kevin Beggs. “Every art she touches blossoms and we’re humbled she’s chosen us as her home. We look forward to all the exciting new content Mary and her Blue Butterfly banner will bring to our television slate and Lionsgate 360 orbit.””I couldn’t be more excited to be working with Lionsgate. They are incredible collaborators and have been natural partners from when we first started talking. I can’t wait to bring all of our projects to life,” said Mary J. Blige.Mary J. Blige is the latest artist to partner with Lionsgate on developing content. The Company’s growing roster of elite talent relationships include Courtney Kemp, Jonathan Levine, Matt Kunitz, Mona-Scott Young, Cassian Elwes, the Erwin Brothers, Eugenio Derbez, and Yvette Lee Bowser, among others.Mary J. Blige is represented by APA, The Lede Company and Grubman Shire & Meiselas.