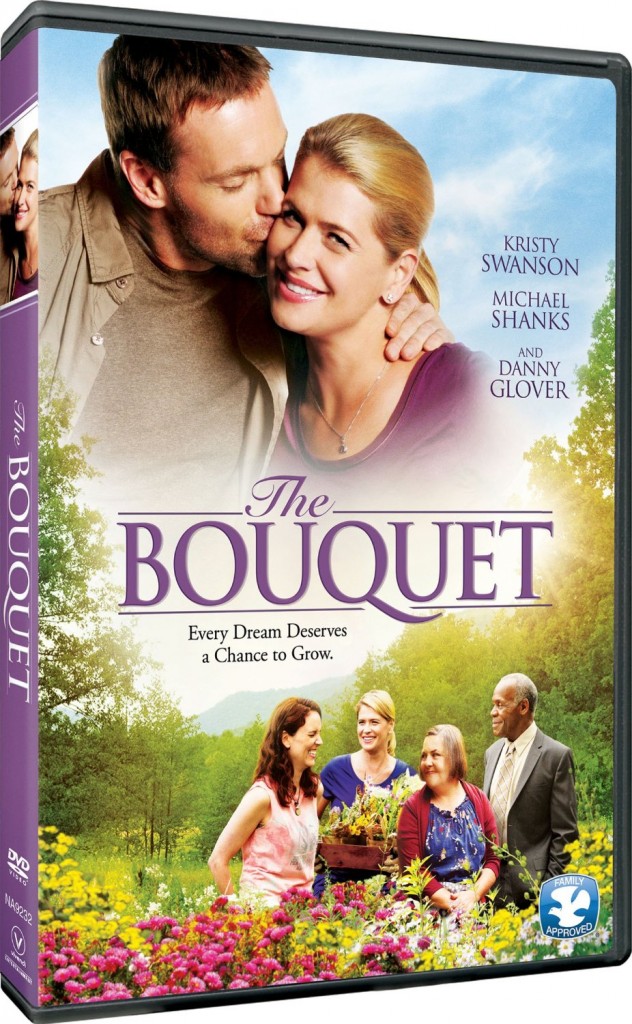 On  Sunday, June 9, UP, America’s favorite channel for uplifting entertainment, will present the UP Premiere Movie  The Bouquet  (#UPtv), a colorful drama about two sisters determined to regrow the family flower business and nurture their withered relationship, starring Kristy Swanson (“Psych,”  Buffy The Vampire Slayer), Danny Glover (“Touch,”  Lethal Weapon),  Michael Shanks (“Stargate SG-1”), Alberta Mayne (“Psych,” “The Client List”), Nicola Cavendish (“The Guard”), Jeremy Guilbaut (“The L.A. Complex”) and Stephen E. Miller (“The Carpenter’s Miracle”).   Anne Wheeler (“Arctic Air,”  The Horses of McBride) directs from a screenplay written by Kele McGlohon (“The Wedding Chapel”).   The movie will premiere exclusively on UP this  Sunday, June 9  at 7,  9 and 11 p.m. EDT.
In  The Bouquet, two estranged sisters torn apart by their differences suddenly find themselves working together towards a common goal in this heartwarming family drama.   For years, overachiever Terri (Kristy Swanson) and her idealistic sister, Mandy (Alberta Mayne), have kept their distance from each other, as well as from their parents’ struggling floral business.   But when a tragic turn of events brings both women home, they discover just how much they need one another in order to keep the family legacy going.   Filled with romance, humor and hope, it’s an endearing story about making time for the ones you love.   Stars: Kristy Swanson, Michael Shanks, Nicola Cavendish, Alberta Mayne, Jeremy Guilbaut, Stephen E. Miller and Danny Glover.
“The Bouquet  is a fresh, funny film about how family priorities can change, which sometimes can help those relationships to flourish,” said says Leslie Glenn Chesloff, UP’s executive vice president of programming.   “UP is proud to keep bringing beautiful, uplifting films with popular, high-profile casts to our multi-cultural and multi-generational audience.”
The film will be rebroadcast on  Friday, June 14 at 11 p.m. EDT.
Share
Tweet
Share
Pin
More