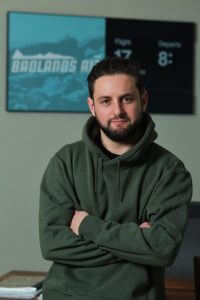 The promotion was announced today by CMG Chief Operating Officer Michelle Jubelirer and CMG President Ashley Newton.Vuernick has a strong background as an A&R executive to sign and develop artists for CMG, and will continue as the head of A&R for Astralwerks. Jubelirer and Newton comment on the promotion:“Jeremy brings ambitious vision, enormous energy and a healthy competitiveness to his important position in the company. He possesses an innate ability to help guide artists towards success while enabling them to stay true to their own creative goals. Jeremy has played a crucial role in CMG’s resurgence, and everyone in the Tower joins us in congratulating him on his well-deserved promotion to Executive Vice President.”

Radio FactsJanuary 16, 2013September 26, 2022
January 16, 2013September 26, 2022
FacebookTwitterInstagramYoutube
We use cookies on our website to give you the most relevant experience by remembering your preferences and repeat visits. By clicking “Accept”, you consent to the use of ALL the cookies.
Do not sell my personal information.
Cookie SettingsAccept
Manage consent