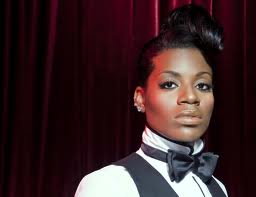 We have learned that Fantasia has officially  demanded an apology from Jet Magazine for printing a ten year old photo that does not represent her new look. “After I send them the new look and direction. Sad! I want  a public apology from Jet. Now im not sure if the interview is correct,” Fantasia boldly stated.The American Idol singer has been working on her new project, “‘The Side Effects of You.” The Jet Magazine feature story was supposed to unveil her new look, attitude, and focus but this has slowed down the Fantasia train just a bit. She also said: “It’s a minor set back for a major come back! I’m giving you all of me and that’s Rockâ™¥Soul!!!”