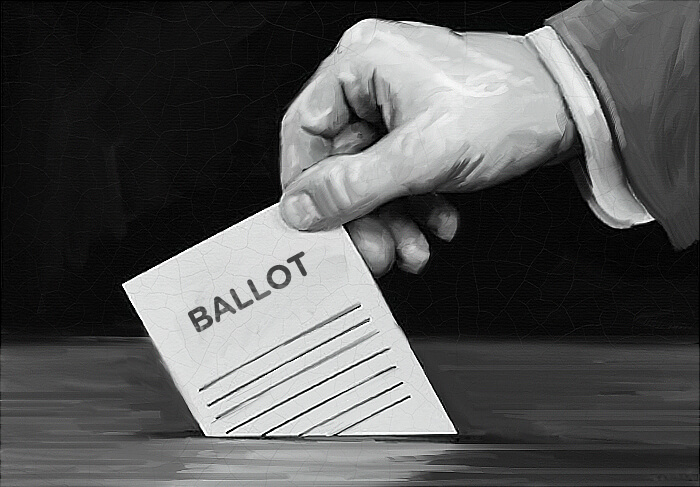 The Democratic National Committee is launching a new campaign to get supporters to pledge to vote in the midterms, an effort to mitigate the party’s expected dropoff in turnout this fall.According to details shared first with The Hill, the committee is blasting out an email from Vice President Biden calling for supporters to visit Commit2Vote.com and offer a pledge to vote this fall, and a reason why. Supporters can share those pledges on their social media accounts.Commit2Vote.com also directs users to IWillVote.com, where they can find state-specific guidelines for voting or register to vote online. And the DNC plans to email supporters who have pledged to vote to remind them of their commitment, a tactic that studies have shown increases turnout.The campaign, DNC Digital Director Matt Compton tells The Hill, is meant to tackle that eternal Democratic problem of midterm turnout dropoffs.“One of our challenges in a midterm as Democrats is our supporters as a whole are less inclined to show up,” he said. “So if we can help empower our supporters, help make them messengers, let them carry the message for us and tell why it’s so important to vote, we want to help them do that.”He said Democratic campaign research stretching back to President Obama’s 2008 campaign has shown when people make a public declaration to vote, they tend to keep that commitment — and can influence their friends and families to do so as well.It’s a tactic the Democratic Congressional Campaign Committee is also using as it works to drive voters to the polls this fall. Compton said the DNC’s effort will inevitably overlap with the DCCC’s campaign, but noted the two committees will hit different universes of voters and the DNC wants to reinforce the DCCC’s work.Facing a difficult political climate and unfavorable historical trends — the party in control of the White House typically loses seats in a midterm year — few Democratic Party leaders are, at this point, predicting the party will take back control of the House this fall.They’re largely focused on defending their most vulnerable incumbents and perhaps eating into House Republicans’ 17-seat majority, but to do so, they’ll have to find a way to turn out key Democratic voting blocs, which typically stay home during the midterms.Tools like the DCCC’s and DNC’s voter pledge sites are aimed at doing just that.The pledges will also collect voter data that will become available to candidates, which will help them specifically target dropoff voters that have made pledges to vote this fall with their GOTV efforts.In the email, Biden makes a “personal plea” for the reader to sign the pledge, and “be public about it.”“I love Democrats, Mike — I really do. But our biggest problem in elections like the one this year is that, too often, we just don’t show up at the polls. So I’m making a personal plea.Make your commitment to vote, and be public about it — so that your fellow Democrats, your family, your friends, your whole community knows to step up to follow your example,” he writes.The Democratic committees have become infamous for their folksy and at times hyperbolic fundraising and GOTV emails, which tend to flood email inboxes prior to fundraising deadlines and often feature subject lines like “all hope is lost.”Compton, however, defended the party’s approach to its email communications with supporters, and said they seem to be getting more engaged as the election draws near.“One thing our program tries to do is to stand out and be different and always be interesting,” he said.“Even when we are competing in a crowded marketplace, you notice the DNC’s messages, you are interested to hear what we have to say.”

HassahnDecember 11, 2020September 18, 2022
December 11, 2020September 18, 2022
FacebookTwitterInstagramYoutube
We use cookies on our website to give you the most relevant experience by remembering your preferences and repeat visits. By clicking “Accept”, you consent to the use of ALL the cookies.
Do not sell my personal information.
Cookie SettingsAccept
Manage consent