Brad Schwartz Named President Of Entertainment And Media For TVGN 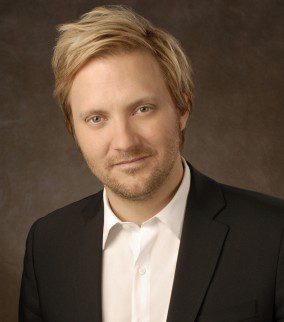 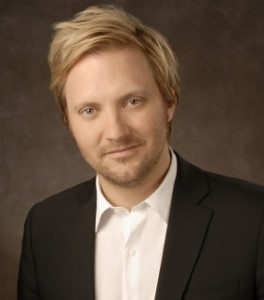 TVGN today named Brad Schwartz to be President of Entertainment and Media in its first executive appointment as part of the new CBS Corporation (NYSE: CBS.A and CBS) and Lionsgate (NYSE: LGF) partnership.Schwartz, who has served as a top programming executive for Fuse, CTV (Canada) and MTV, will oversee programming, scheduling, marketing and creative operations for the channel and will report to TVGN’s Board of Directors.”This partnership is all about improving a property that has tremendous potential it has yet to realize,” said Leslie Moonves, President and CEO, CBS Corporation. “The key to that improvement will be growing the quality of the programming offered to the more than 80 million viewers who have access to TVGN. I can think of no better person to manage that process than Brad. He’s a terrific addition to the team. All his experience has prepared him for this role, and I look forward to the contribution he will make as he leads this exciting new effort.””Brad is a gifted and astute young programming executive with a hip sensibility who knows how to create exciting branded content for an emerging channel,” said Lionsgate Chief Executive Officer Jon Feltheimer. “He has his finger on the pulse of pop culture and is ideally qualified to help TVGN fulfill its promise as a premiere destination for celebrating the world of entertainment.”Schwartz most recently was Senior Vice President of Programming and Operations for Fuse at MSG Media, a national TV network devoted to music. He previously served as General Manager of a suite of eight music and pop culture cable networks in Canada, part of Bell Media’s CTV, including MTV Canada, MuchMusic, MTV2 and MuchMore.Prior to that, Schwartz was Director of Global Marketing Partnerships at MTV and began his career working for Lorne Michaels at Saturday Night Live. He has been listed among The Hollywood Reporter’s Next Generation and named one of Canada’s Top 40 Under 40 leaders.”I’m thrilled to join TVGN, a network backed by the programming and content resources of CBS and Lionsgate and available in more than 80 million homes,” said Schwartz. “This is an incredible opportunity to build an emerging brand on the cable television landscape.”The Company also announced that Dennis Miller, former interim President of TVGN, has been named President of Operations. In this new role for the network, Miller will continue to manage affiliate sales, finance and operational strategy, working closely with Schwartz in Advertising Sales, which will report to them both.Feltheimer added: “Dennis has done an outstanding job as interim President, and we are very pleased that he will continue to guide these important businesses. We are very fortunate to be able to add his significant talents to those of Brad and the rest of the team as we grow this property from the ground up.”