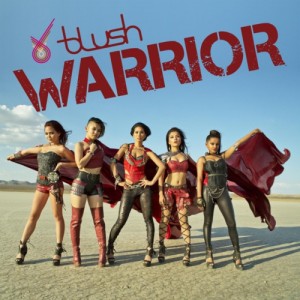 Global girl group BLUSH announce today, signing with Quincy Jones , who will be their Executive Producer of their upcoming album and future productions. The group is currently in the studio working with Quincy’s producers on their debut full-length album (release date TBA). BLUSH also launched their new music video titled “Warrior ,” this week, which can be viewed at https://bit.ly/blushwarrior . The single is also available on iTunes and all digital platforms.BLUSH — “Five Girls, Five Countries, Five Voices” ““ includes Angeli Flores from the Philippines, Alisha Budhrani from India, Jihae Lee from South Korea, Natsuko Danjo from Japan, and Victoria Chan from China. Says Jones, “when I met Blush, I was blown away.” He continues, “These five girls reflect my lifelong mission to bring people together through music. Not only is it unique to see so many cultures come together, it’s amazing how much talent there is in this one group. They have ‘it’ ““ that extra something. I am thrilled we found each other and that we will be creating something special together.” A photo of BLUSH and Quincy can be seen at: https://bit.ly/quincyfacebookBLUSH has performed internationally with Justin Bieber , The Black Eyed Peas and Jessie J. The group is the only Asian crossover act to have two singles hit Top 10 on a major U.S. chart ( Billboard Dance Chart ) at #1 with “Dance On,” and #3 with “Undivided” (with Snoop Dogg). “Up, Up and Away” was also the lead track on Disney’s 2012 “Shake It Up: Live 2 Dance” Season 2 soundtrack.BLUSH collaborated with award-winning director Trey Fanjoy, who created and directed “Warrior.” Fanjoy has directed Taylor Swift , Tim McGraw, Miranda Lambert, Alan Jackson, Blake Shelton, Lady Antebellum and Keith Urban, and is a multiple CMT award winner. The choreography was created by a pairing of noted Peking Opera troupe member Jamie Guan and hip-hop music dancer, Daisha Gras.