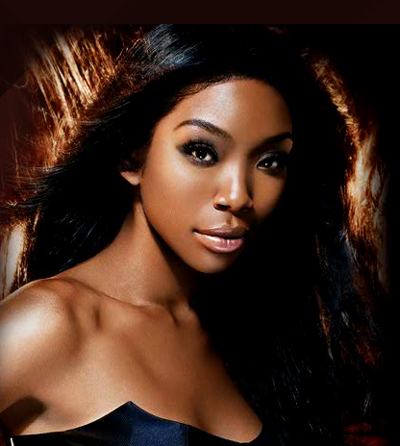 BET’s Scripted Series – “THE GAME” and “LET‘S STAY TOGETHER” – Return to Entice Fans for Another Hit Season on Tuesday, January 10 at 10 PM*

The Stakes Are Raised, As Grammy Award Winning R&B Star Brandy Norwood Is Added To the Cast of THE GAME, And Acclaimed Actress Kyla Pratt Joins LET‘S STAY TOGETHER

After record-breaking premieres last season, garnering a combined 12.1 million viewers, BET’s top-rated scripted series THE GAME and LET‘S STAY TOGETHER are set to return with 22 half-hour episodes, beginning Tuesday, January 10 at 10 p.m.* Boasting all-star casts, both shows up the ante with more laughs and more drama.

As the #1 sitcom debut in the history of all cable TV, season four of THE GAME left viewers on the edge of their seats. The seduction continues as infidelity, ambition, secrets and betrayal collide to make season five the most compelling yet. Picking up where it left off, Melanie (Tia Mowry Hardrict) contends with Derwin’s (Pooch Hall) abortion accusation; Malik (Hosea Chanchez) and Tasha (Wendy Raquel Robinson) struggle to wrangle an intoxicated Jenna (Tika Sumpter); and Kelly (Brittany Daniel) is still off in the world trying to find herself, leaving Jason (Coby Bell) forced to come to terms with his feelings towards Black women. The new season also ushers in a new love interest for Jason, who is sure to shake things up!

The sexy combination of Tuesday night football followed by a little romance continues as the second season of LET‘S STAY TOGETHER premieres immediately after THE GAME. The first episode will answer the big question of what happened at Stacy (Nadine Ellis) and Charles’ (Bert Belasco) wedding from the cliffhanger in last season’s finale, and why he left her standing at the altar. Additionally, Tasha (Joyful Drake) and Jamal (RonReaco Lee) will have their marriage tested by former relationships and other temptations while Charles and Stacy continue to explore the ups and downs of making coupledom work.

In season two, life becomes even more complex when Kita (Erica Hubbard) is inspired to go on a reality show a la Survivor and asks her cousin Crystal (Kyla Pratt) to house sit in her absence. LET‘S STAY TOGETHER will explore what it means to be married, date, start and grow a business, establish a new career, and even go to college in modern day Atlanta.

For video sneak peeks and first looks of the new season of THE GAME and LET‘S STAY TOGETHER, visit their official pages respectively atBET.com/TheGame and BET.com/Letsstaytogether. Viewers can also find series updates on Facebook by liking the fan pages athttps://www.facebook.com/thegameBET and https://www.facebook.com/LetsStayTogether. Also, join the conversation about the shows on Twitter by using hashtags: #thegameBET and #letsstay2gether; follow the shows for all updates & special surprises @thegameBET & @letsstay2gether. For more information about these series visit www.BET.com.