BEN AND SKIN TO HOST AFTERNOONS ON 105.3 THE FAN 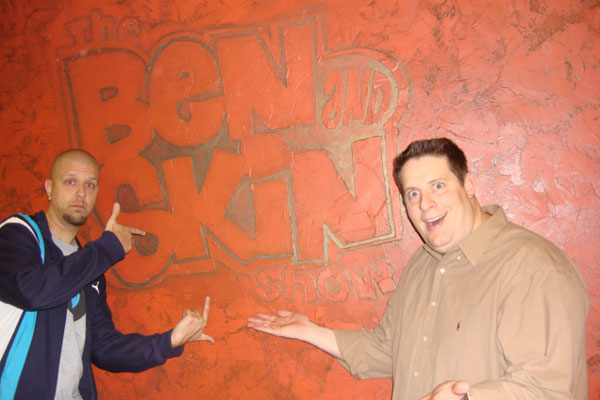 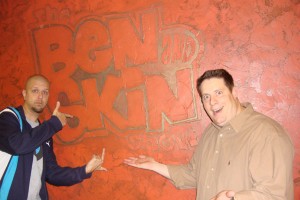 105.3 The FAN today announces its new afternoon drive team of locals Ben Rogers and Jeff “Skin” Wade. The Ben and Skin Show will premiere Monday, May 13 and will be heard from 2:00 to 6:00 p.m. FAN fans can listen on air at 105.3 FM, online at CBSDFW.com and on their mobile devices via the Radio.com app.”We are really excited to bring the energy and excitement of the Ben and Skin Show to our listeners,” said Gavin Spittle, Vice President of news/talk/sports for CBS RADIO Dallas-Fort Worth. “They are a perfect fit for our lineup and are well known in the Dallas-Fort Worth area, having spent their whole lives here cheering on and suffering alongside fellow sports fans.”Ben and Skin are lifelong friends who grew up together rooting for the Dallas-Fort Worth teams. They first appeared on-air together in halftime segments on KSTR 49’s Dallas Mavericks television broadcasts. They went on to host KTCK-AM’s Mavs postgame radio show as well as a Saturday morning program on the station, where they also filled in for vacationing weekday shows. They became full-time radio hosts in 2008, when they moved The Ben and Skin show to weekdays on what was then known as “Live 105.3 fm.” For the past three years, they have hosted the 9 a.m. to noon shift on ESPN Radio’s KESN-FM in Dallas-Fort Worth.The duo prides itself on creatively blending sports and humor into their show, as well as engaging their listeners, both on the air and via social media.”For us, sports is so much more than rosters and box scores,” says Wade. “It’s entertainment “¦ an escape. Above all else, it should be fun ““ and we definitely know how to have fun.””We live, breathe, and eat this stuff, and we want our listeners to enjoy every minute of it with us,” Rogers says. “It’s about giving them a backstage pass to the wild, wonderful and sometimes crazy sports scene here in North Texas.”105.3 The FAN (KRLD-FM) is owned and operated by CBS RADIO, one of the largest major-market radio operators in the United States. A division of CBS Corporation, CBS RADIO operates 126 radio stations, the majority of which are in the nation’s top 50 markets. CBS RADIO also owns and operates KJKK-FM, KRLD-AM, KMVK-FM, KLUV-FM, and KVIL-FM in Dallas-Fort Worth.

C-Murder’s Sister Flips at Trial, Judge orders arrest of anyone who...

Omarion Talks Radio, New Album, and Being a Grown Man with...

Catch “Salute THEM” Awards This Weekend

WYLD and other stations Named in Discrimination Suit Against Clear Channel

Kevin Hart and Dave Chappelle Linking Up to Do a Show?

Michael Jordan Has No Doubts He Would Beat LeBron in a...