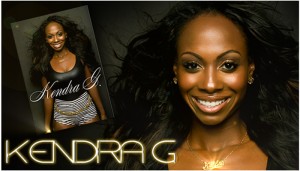 HOT 107.9 MIDDAY HOST KENDRA G. LAUNCHES HER NEW BOOK, “ABSTINENCE IS KOOL“!HOT 107.9 Philadelphia‘s new choice for Hip Hop, R&B announces that Midday host Kendra G. who is also an author and will be launching her new book “Abstinence is Kool” at a book signing event this Saturday, November 12, 2011 at the Pnkelephant located at 504 South Street from 5pm ““ 8pm. Kendra G. will also be promoting her book tomorrow morning, November 10, 2011 live on the Fox 29 Good Day Philadelphia morning show interviewed by Sheinelle Jones and Mike Jerrick.Celebrity Radio Host, Kendra G, created the “Abstinence is Kool” movement in 2008 which challenges middle school and high school girls to give up sex for the school year! Since 2008 over 300 girls throughout the Tri-State area have signed up for the challenge! Celebrities such as Jaime Foxx, Common, Akon and more all have done PSAs supporting the movement. “Abstinence is Kool” even received worldwide awareness when VH1 decided to feature the initiative in their VH1 special, “The New Virginity.”After realizing how powerful the movement was becoming, Kendra G decided to write a book to share light on the inspiration behind the movement. It took two years but the “Abstinence is Kool” book is now available! Using her own personal life experiences, she shares the REAL STORY, her real life experiences, that has lead her to the decision to attempt to give up sex each school year in order to inspire other young ladies to do the same. The rawness of the details that she candidly shares in this book is sure to have a major impact on every person who reads it. The book is currently available via the website, www.abstinenceiskool.com.3BG Marketing Solutions and Kendra G invite everyone to the “Abstinence is Kool” SoirÃ©e Book Signing being held at Pnkelephant Saturday November 12th, from 5pm-8pm. Pnkelephant is located 504 South St. in Philadelphia. For more information about the book signing event please contact Carmena- Ayo Davies, 3BG Marketing Solutions at 215-669-2515 or by email at Carmena@3Bgmarketingsolutions.com.