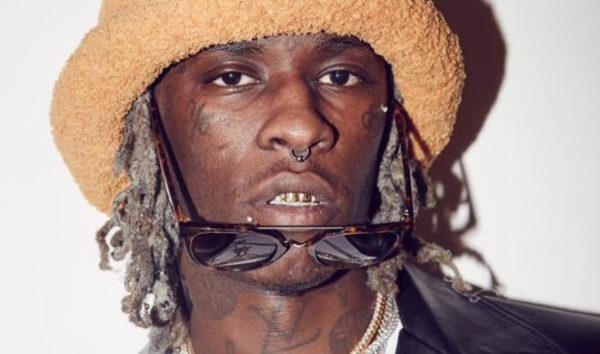 Pandora announced its invasion of hip hop music’s metropolis with Pandora Presents: The ATL, an exclusive live event on May 5 delivering a lineup of buzzing talent. Inspired by the overwhelming success of The ATL: Atlanta’s Hip Hop Radio, which racked up over 130 million spins following its 2015 debut, the event will be headlined by one of the Radio Station ’s top artists who nets 90,000+ spins weekly, Atlanta-native Young Thug, along with performances by breakout rappers K Camp and DeJ Loaf. Not in Atlanta? Not to worry. All Pandora listeners will be able to experience it through a special livestream.
Pandora Presents: The ATL will connect fans with the genre’s dynamic and pioneering style whether they’re vibing in the crowd at historic venue The Tabernacle (aka The Tabby), or bumping the livestreamed show over their earbuds.
“The hip hop music audience on Pandora is enormous. Pandora Presents: The ATL creates a seamless music experience in a way that no other platform can by connecting listeners’ love of an artist or genre directly to a live experience – both in person and via livestream on Pandora,” said Lars Murray, SVP Music Makers Group, Pandora. “Young Thug electrified our SXSW Discovery Den, so we’re amped to work with him again, and just as excited to showcase K Camp and Dej Loaf, two top-spinning artists on our ATL Hip Hop genre Radio Station .”
The event and livestream advance Pandora’s focus on helping artists grow their careers. This began with the launch of amp in October 2014 and continued with the rollout of Artist Audio Messages in February 2015 and AMPcast in March 2016. The acquisitions of Next Big Sound and Ticketfly have helped to deepen this partnership by providing even more data to artists while making it easier to connect with fans through live events.