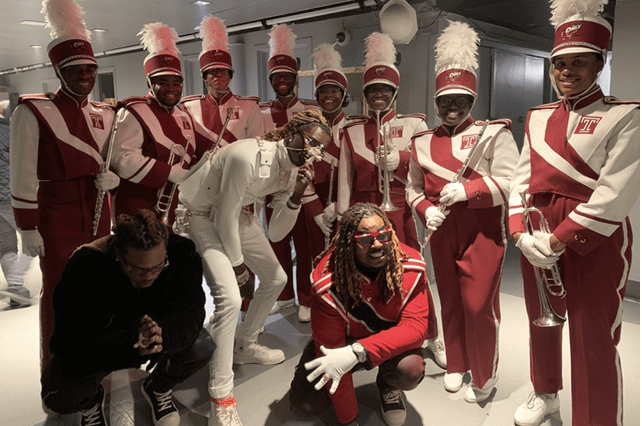 Official Hashtags#HotBOTBChallenge#HBCUBattleofTheBands#HBCUHotChallenge#EverythingLittyThe school that receives the highest engagement on their video will receive a $25,000 donation total to the winning school’s music department/Band Program from Young Thug’s record label Young Stoner Life Records & Kevin Liles and 300 Entertainment.Said Kevin Liles, Co-Founder and CEO of 300 Entertainment, “I come from an HBCU, I started out at the school of engineering at Morgan State University and there would be no me without my experience at MSU. Homecomings and the power of their marching bands have always been at the core of an HBCU’s school spirit. Our commitment from Young Thug and 300 is to support those very creatives who give their all and inspire us to build upon the HBCU communities. On behalf of Young Thug and I will always commit to putting the arts at the front of our philanthropic efforts.”Young Thug defies categorization and is a true iconoclast. Emerging on Atlanta’s hip hop music scene with his 2011 mixtape series, he launched into the mainstream with his knack for melodicism and unique vocal style. Thug’s highly anticipated new album So Much Fun was released earlier this fall. Thug was awarded with a 2019 Grammy for his work and songwriting on Childish Gambino’s “This Is America” – named Song of the Year. He recently earned his highest chart placement on the Billboard Hot 100 with his latest single “The London” ft. J. Cole & Travis Scott and produced by T-Minus. “The London” also earned a spot on Spotify’s 2019 Summer Song Predictions list. Thug was recently featured on Ed Sheeran’s song “Feels” on Sheeran’s collaboration album, No.6 Collaborations Project, as well as Post Malone’s new single “Goodbyes” and on Lil Nas X’s new remix of “Old Town Road (Remix)”. In addition to his music, Young Thug recently launched his fashion brand SPIDER which premiered during Wireless week in London earlier this year. Young Thug is currently on ‘The Justin Bieber Big’ Tour across North America with chart-topping rapper Machine Gun Kelly. The tour kicked off Monday, September 30th, in Toronto, CA and wraps on November 18th in Los Angeles, CA.