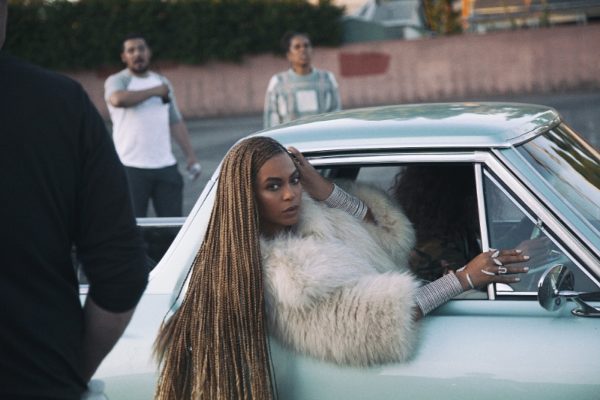 BEYONCE ANNOUNCES THE FORMATION WORLD TOUR (PRNewsFoto/Live Nation Entertainment)Following her appearance at last week's Super Bowl 50, BEYONCÉ surprised fans around the world with the announcement of THE FORMATION WORLD TOUR. The highly-anticipated tour, promoted by Live Nation, presented by American Express and produced by Parkwood Entertainment sold nearly 1 million tickets over the weekend and todaconfirmed that the concerts in London, Sunderland, Manchester, Amsterdam, Dublin & Stockholm as well as her shows in Miami, Dallas, Toronto, Chicago, Boston, Philadelphia, Baltimore, Los Angeles, and both performances scheduled at Citi Field in New York City are completely sold out.Due to overwhelming demand, second shows have now been confirmed for May 28 at Soldier Field in Chicago and on July 3 at London's Wembly Stadium. Tickets for the May 28 concert in Chicago will go on sale on Thursday, Feb. 25. Beyhive members will have an opportunity to purchase advance tickets starting Wednesday, Feb. 17 at 10:00 a.m. American Express Card Members can purchase tickets Wed. Feb. 17 at 12:00 p.m. through Sunday, Feb. 21 at 5:00 p.m.Tickets for London Performance, July 3 at Wembley Stadium will go on sale on Tuesday, Feb. 23 @ 9:00 a.m. Beyhive members will have a second opportunity to purchase advance tickets starting Wednesday, Feb. 17 at 9:00 a.m. GMT. American Express Card Members can purchase tickets starting Wed. Feb. 17 at 12:00 pm through Sunday, Feb. 21 at 5:00 p.m. As previously announced, tickets for the additional concert dates in North America and Europe go on sale Monday, February 22 – complete itinerary follows.True to her life's work of always giving back, fans will be given the opportunity to participate in Beyoncé's #BeyGOOD initiative supporting local United Way programs and the continued work surrounding the water crisis in Flint, Michigan. United Way of Genesee County has been at the forefront of distributing thousands of filtration pitchers, faucet mount filters, replacement cartridges and truckloads of water to underserved populations to address immediate needs in Flint Michigan. They are also partnering with the Community Foundation of Greater Flint to create a fund that will address long-term developmental, education, nutrition and health needs of the children affected by the Flint Water Crisis. Follow @beygood on Twitter for more information.As Beyoncé wants to present her fans with the best possible experience at the concerts, she has joined forces with THX® Ltd to provide the highest quality audio experience during THE FORMATION WORLD TOUR. THX has assessed, optimized and certified that the acoustic systems used at the concerts are without peer. With this association, concert-goers will get the best acoustic experience possible at any large-venue event.

admin - January 5, 2021 0
(This story was originally written in April 8, 2013)Digital and Radio Facts founder Kevin Ross was a radio DJ for many years working in many markets including monumental and historic stations like KKBT in Los Angeles during its heyday in the early 90s. [...]