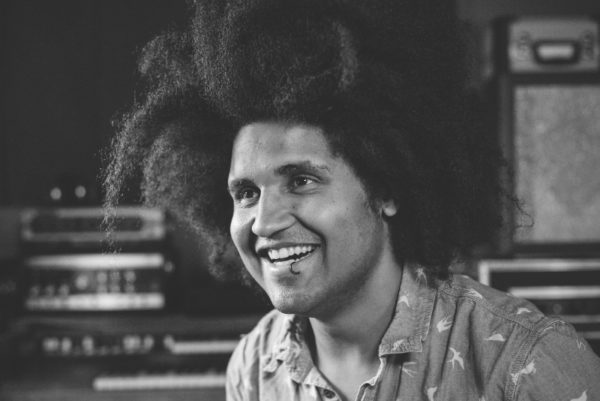 The Muchimba Music Foundations’ Zed Me Free Concert was a resounding success, playing deep into the night last Saturday at Lusaka Zambia’s Showgrounds Main Arena. Headlined by Thomas Buttenschon, the show featured some of Zambia’s leading musical artists, including Macky 2, Chef 187, and Mampi.
Co-sponsored by the Roskilde Festival and the AIDS Healthcare Foundation, Zed Me Free’s all star line-up also featured Maiko Zulu, Danny Kaya, John Chiti, Afunika, and B Flow. The non profit concert was a “Test For Ticket” event – anyone who tested for Hiv received a complimentary admission ticket.
Zed Me Free was a passion project for Buttenschon. Born HIV+ in 1985 to a Zambian mother and Danish father, Thomas takes a daily antiretroviral medication that keeps him healthy, and prevents him from transmitting the virus to his wife and children.
“If you stay properly medicated”, Buttenschon explains, “the viral load remains so low it’s virtually impossible to pass on the virus.” Because the medication is so effective, transmission rates have been drastically reduced throughout Europe and North America.
In Zambia, however, with a 14% infection rate and 1.3 million untreated people currently living with the virus, AIDS remains staggeringly destructive. “Because of the stigma in Zambia associated with being Hiv positive” says Buttenschon, “few choose to get tested, despite many programs that offer the antiretrovirals for free.”
Determined to make a difference, Buttenschon decided to use his music and his personal story to raise awareness about Hiv and treatment. He has been making a documentary about his life and activism, entitled “Doin’ My Drugs”, and recently established the Muchimba Music Foundation, whose mission is to “raise awareness through music.”
Partnered with the AHF, MMF implemented a 3 week campaign leading up to the concert, holding testing events throughout Lusaka. AHF estimates well over 10,000 Zambians were tested. For anyone testing positive, AHF provides on site counseling and enrollment into treatment programs.
“Music is a fitting way to encourage everyone to get tested,” says Francis Kasonde, Prevention Program Manager, AHF Zambia,” and the quality of talent at Zed Me Free made sure we surpassed our expectation for testing!”