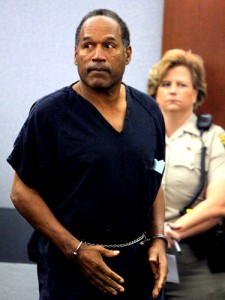 O.J. Simpson is despised around the world, but inside prison, he's treated like royalty by his gay posse! That's the startling revelation of a former inmate, who recently served time next to the disgraced football hero at Nevada's Lovelock Correctional Center.With the help of adoring prisoners and guards, O.J. is able to gamble on sporting events, get special privileges – and even receive massages from a group of gay inmates known as “The Girls,” says the source. “O.J. may be a pariah on the outside, but in prison, he's still a somebody,” his fellow jailmate told The ENQUIRER exclusively. “He's really tight with ‘The Girls,'” said the source, referring to the openly gay transgender part of the prison population.”Whenever we'd be let out to the yard, O.J. would almost always hang out with them. The ‘girls' treated him like he was a king.” And “Daddy Juice” really knew how to take care of his “girls”, the source said.

"Preachers of LA" Trailer, Here it is Folks… Any Questions? (vid)

LOOK: Gary Bernstein at the White House with the President and the First Lady

Global Dance Party 24/7 at the All New Party95.com