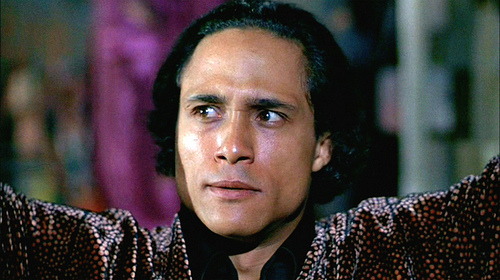 We don't know how this slipped pass us but we are sad to report that Actor Roger Hill, who had a key role in the 1979 cult classic, “The Warriors,” died this past Thursday, Feb. 20. There are no details at this time about his passing.Roger Hill played the the unforgettable role of the gang leader, Cyrus and delivered the classic lines, “Can You Dig It” as well as others in his short film career. He was chosen to portray the charismatic but doomed gang lord Cyrus in The Warriors in 1979 after the original actor chosen for the part, a real life gang leader, mysteriously disappeared just before filming started.In 2005 he filed a lawsuit of $250,000 against Rockstar Games for using his voice and depicting him in video game based on “The Warriors” (1979).Roger Hill is survived by his only son filmmaker and editor, Chris W. Hill.