WARNING: Before Using Uber, Lyft or a Cab from LAX Read This … 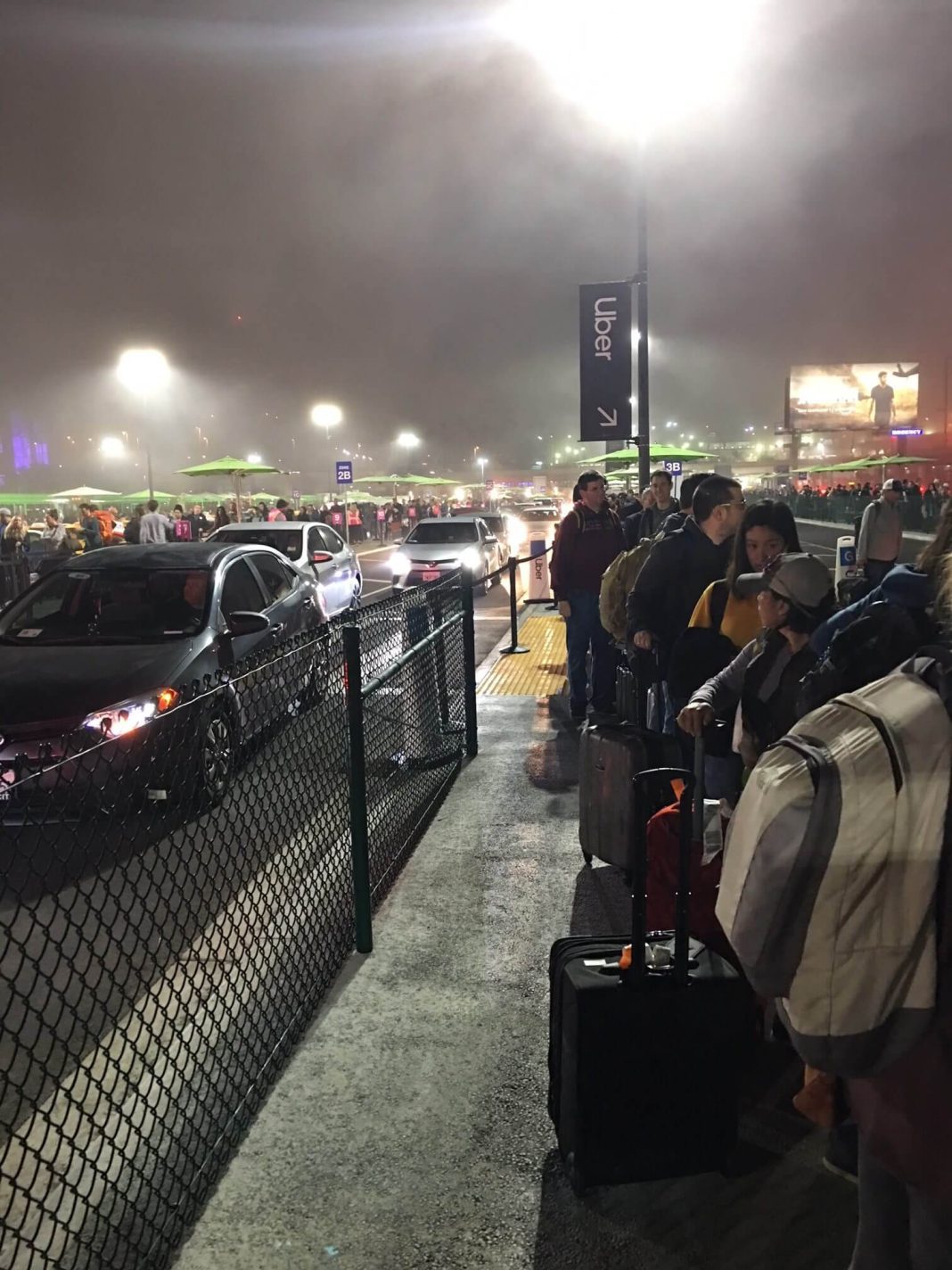 If you are coming to LA anytime soon and planning on getting an Uber, Lyft or a Cab from LAX, don’t say I didn’t warn you.

So last night, after coming in from a very long flight I was greeted at LAX with a brand new system. They have decided to move Uber off the LAX premises and to a huge parking lot about two miles away from the airport. That meant getting on a bus that was crowded to the max with packages and boxes everywhere. Bumper to bumper traffic with the police standing in for the traffic lights and the bus driver didn’t give a sh about anyone’s safety because there were suitcases and boxes everywhere in the aisle and tempers were flaring.All the employees are exhausted and the system just started this past week. The bus drivers, The travelers are exhausted, the security guards and the Uber, Lyft, and Cab drivers EVERYBODY was pissed and I can guarantee you there’s going to be a bigger problem in the coming weeks with physical altercations.  It was the most unorganized and disastrous system I’ve ever seen.Upon arrival at the parking lot, we pulled up behind several other buses that were also full to the hilt and then I was greeted with a line of about 300 people to get an Uber ride. I was at the end, There were security guards yelling and screaming at everybody and the people in the back of the line were running up to cars in the back of the Uber line skipping people who were waiting at the front of the line and just jumping in cars.The Uber drivers just let them in and pulled off while the people who were waiting had to miss their turn. All in all, I ended up spending close to two hours in a line to get an Uber AFTER a long ass flight.I’m not sure what genius came up with this dumb idea but the new system. Options, I’m not sure. Finally, I didn’t get a price on my phone until I got home for the ride. You got a six-digit code that you had to give the Uber driver with a warning that the price was higher because they were busy. (duh). When I finally did get my ride, it took another 45 minutes to get outside of the airport from the severe traffic jam. The final price was $90.00. If you have a lot of time and money to waste, I invite you to try out this new disastrous system. 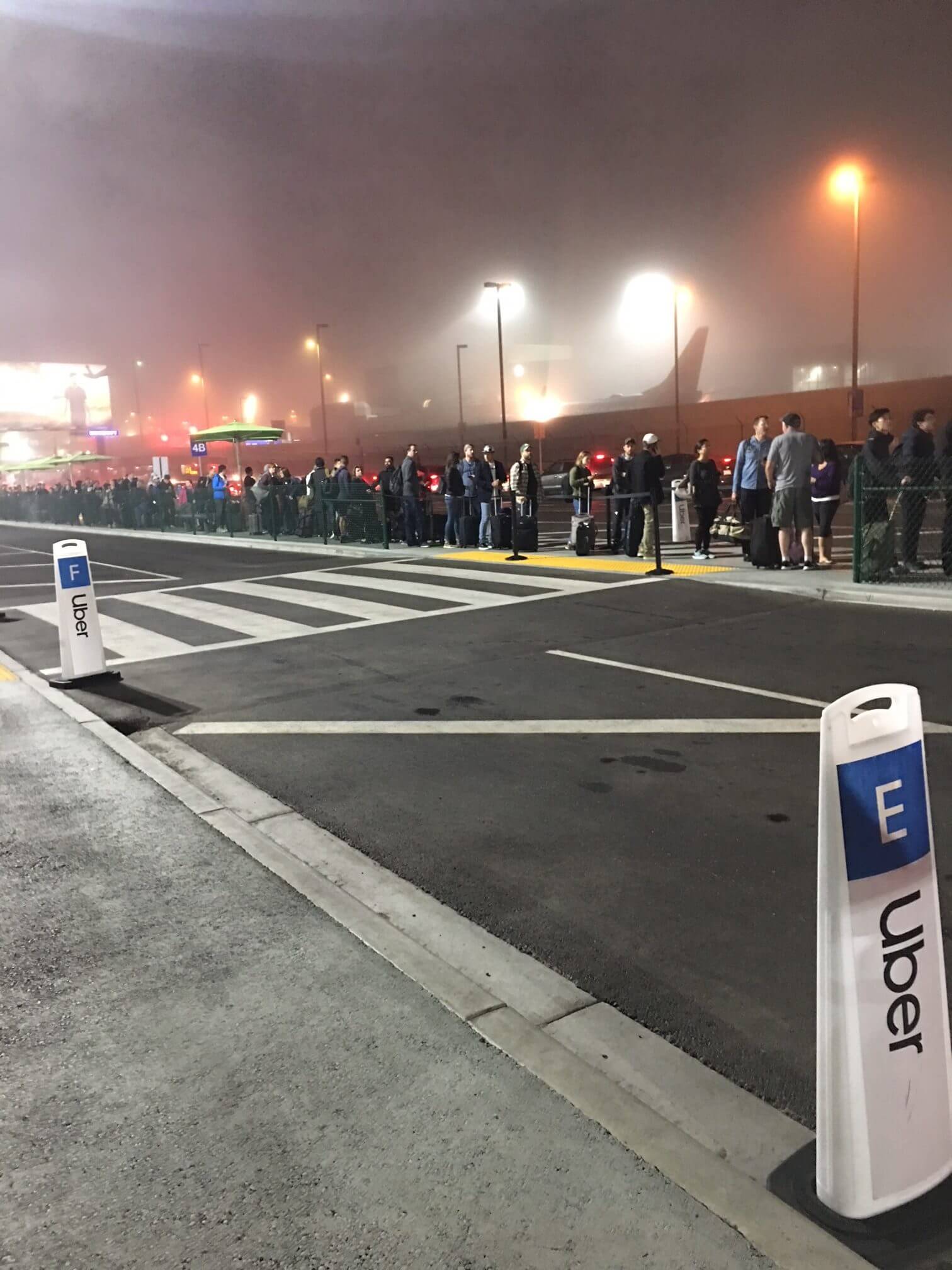