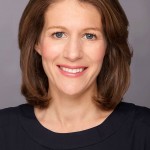 Susan Levison has been tapped to lead VH1’s creative development team as Executive Vice President, Original Programming & Production, it was announced today by Tom Calderone, President, VH1 to whom she will report.

Based in Los Angeles, Levison will oversee all current VH1 original programming and development for both of the East and West coasts as well as celebrity talent development.

Levison comes to VH1 having generated multiple successes as a producer and an executive in a variety of reality and scripted formats for national broadcast and cable television networks including FOX, Bravo, TruTV, VH1 and Yahoo. Levison’s appointment comes as VH1 posts a strong summer in primetime ratings fueled by “Love & Hip Hop: Atlanta,” the #1 cable reality series of the summer among adults 18-49, and “Hit The Floor,” currently this summer’s #1 new scripted series on basic cable among adults 18-49 and women 18-49.

“Susan’s proven expertise in crafting engaging stories with strong characters in reality formats and scripted dramas and comedies makes her a perfect match for VH1 and our successful mix of music, pop culture, humor and nostalgia programming,” said Calderone. “Susan is a highly respected and successful executive having earned a stellar reputation in the creative community with both talent and producers, and we’re happy to welcome her to the VH1 family.”

Levison joins VH1 from FishBowl Worldwide Media where she was Executive Vice President, Head of Creative Affairs. In the three years since the company’s creation, Levison and her team sold unscripted reality series to Bravo (“Toned Up”), TruTV (“Upload With Shaquille O’Neal”), Fuse (“Off Beat”), as well as VH1 for its hit series “I’m Married To A…” In addition, Levison executive produced “Ultimate Surprises,” a digital series which ran for three seasons on Yahoo. She also sold scripted projects to NBC, MTV, the CW and Comedy Central among others.