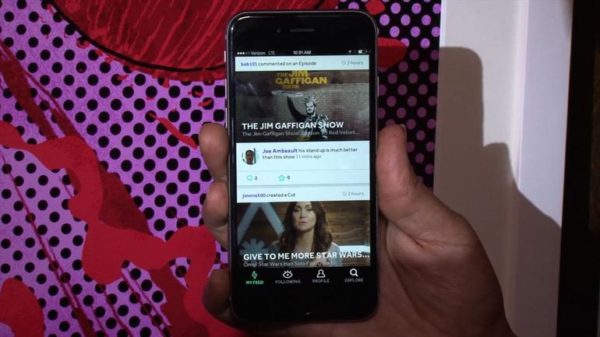 Verizon and Sony Music today announced a multi-year agreement to distribute a slate of original video content programming from Sony Music through the go90 mobile platform.
As part of the new partnership, go90, a mobile video service and social entertainment platform, will feature a number of new original series from Sony Music, as well as special live music events and performances.
Initial shows in development for launch in 2016 include:
“Crashed” – a hidden camera comedy show created in partnership with Joel McHale’s Free Period Productions where unsuspecting fans, to their surprise and delight, are “crashed” by their favorite celebrities in music, sports and comedy.
“Car Star” – a competition series focused on singing in the car that includes videos in which amateurs go head to head to win the coveted title of “car star.”
A Live Festival – a multi-night musical concert series showcasing Sony Music artists shot live and featuring a mix of performances and artist interview segments.
“The intent of this partnership is to highlight cutting edge, emerging artists and rising stars,” said Brian Angiolet, Senior Vice President of Consumer Product and Marketing at Verizon. “With strong positioning in sports and original content, the music community is another key audience we are aggressively going after.”
“We are delighted to be partnering with Verizon to develop music-based original video content for the go90 platform,” said Lee Stimmel, Head of Original Content, Sony Music Entertainment. “Consumers are increasingly turning to mobile devices to watch web series and shows, and we are excited to offer them a diverse line-up of fun and highly engaging programs that provide an all new way to connect with their favorite music and celebrities.”
In addition to new original programming from Sony Music, the agreement also covers a slate of previously announced programming (cult hit talk show Tawk with Awkwafina and extreme challenge series Hey USA_X) from Astronauts Wanted, the joint venture between MTV veteran Judy McGrath and Sony Music Entertainment.