This story was orginally posted on August 26, 2013. The irony is that the company has had repeated claims of racial discrimination since. They are involed in one as you read this.A woman contacted Radio Facts who works at the Wild Wings restaurant that asked the black patrons to leave.
Black Male Singers

Group of 25 Black people waited two hours to get in a Wild Wing Cafe restaurant in North Charleston This place has had MANY complaints of the same type since this happened in August of 2013. Who was it that created the chicken wing concept again?Once again we are witnessing the true power of social media.
DJ

The 70s was a revolutionary period for black people in pride and music. We made undeniable fashion statements and black music addressed the issues of racism and war (Marvin Gaye), black pride (James Brown) and love for ourselves and our community (Earth Wind & Fire). In addition, some of the BEST love songs were made in the 70s that are still played on the air at many radio stations today. Here are 10 reason's why 70s music won't die. Click Next above or below to see the Next Segment

Marvin Gaye personified the decade breaking out in the early 70s with MONSTER hits and closing out the 70s with even more. Rumor is his masterpiece album What's Going On was literally laughed at in a Motown meeting and shelved. Marvin was WAY ahead of his time and he is haunting today's music industry with a vengeance. Interest in him has exploded into a generation that wasn't even born when he died because of Robin Thicke's smash Blurred Lines. The family of Marvin may be suing but watch Marvin's music sales skyrocket.

The Absolute BEST Groups and Singers

There were many legendary groups in the 70s that had such incredible music they can never be duplicated again. The Stylistics, The Chi Lites, Marvin, James Brown who brilliantly combined political issues and self esteem themes to music that filled the dance floors. The Supremes were a whole new group in the 70s who some say were even BETTER after Diana Ross left creating songs that talked about war, love and peace. The Jackson 5 were having hit after hit after hit with the genius Michael Jackson at the helm. Gladys Knight and the Pips were making some of the best written love songs on the planet;, New Birth was an amazing band with amazing singers and many independent labels were able to shine with major hits like The Five Stairsteps, The Temprees, and The Delphonics.

It was the BEST period for various sounds from the dance music of James Brown and Rufus Thomas to Chic and The Ohio Players. Groups were to the extremes when it came to variation but it all blended well. Some may call it "Disco" but many would dare to differ that Chic, Cameo or Cheryl Lynn's Got to be Real were disco records.

The Marriage of Radio, Retail and Record Labels

It was the decade when Radio, Records and Retail worked hand-in-hand together to take a hit all the way to the top with fans. Radio played it and announced what they were playing, record labels worked directly with DJs to play their music and host local concerts bringing some of the biggest groups to town ,Radio created a top 40 list of what they played each week gave it to the records stores and consumers used that list to buy music.

(OK this is a shameless plug this is my sketch of Berry Gordy) Motown Records and Philadelphia International were two black owned labels and they were HUGE. They were dominating the charts and we may never see another monster black owned label again. Many think Stax was black owned but it was not, it was founded by a white brother and sister Jim Stewart and Estelle Axton who combined their last names to come up with Stax.

The term "Old School" music is only linked to music from the 70s. 8os and 90s music doesn't work as well as 70s for radio formats.

Musicians Stepped out of the "Black" realm

It was a very BOLD period in music where black musicians tried anything. Barry White had an orchestra which was unheard of. Isaac Hayes has 18 minutes songs on his albums and some of his biggest hits were rehashed and remade. I Stand Accused is a must hear, (originally recorded by Jerry Butler). By the Time I get to Phoenix and Never Can Say Goodbye were all recorded by other artists (Glen Campbell and The Jackson Five). War was huge topic in Black music during the Nixon era and Viet Nam.

Soul Train was a show that every black kid watched to learn the latest dances, see the groups that we would not see on any other show and to hear the best music. The late Don Cornelius had a goldmine with that show and its biggest and best years were in the 70s.

Originally posted on 2020-03-21 06:37:00 The Monongalia County Sheriff's Department said it was dispatched to Robinson's home for a welfare check (to...
URBAN

Radio Facts: We lost two major industry people at the same time Don Cornelius and Whitney Houston and we wanted to share Don's Funeral Program with you. It's a great story of his life and career. (click next for the next image of the program) - Originally posted March 12, 2012

For those who are squeamish about going to the Dentist, Patty Jackson deserves the award for bravery. Originally posted May 5, 2013KUDOS to Patty Jackson for being so incredibly unselfish and helping listeners avoid a potential major health hazard. Jackson, a 30 year radio vet, had reconstructive surgery done to her mouth after doing what most people do, ignoring gum disease. As a result her mouth was severely infected and her teeth were rotting.
Uncategorized

BroadcastOne of my best girlfriend's posted this the other day on her social. It caught my attention immediately. After giving her the silent "facts" nod I took a screen shot and started thinking about why this grabbed me while skipping through IG stories.
DJ

This story was origainlly posted June 9, 2012. This is a statement from Lauryn Hill about her recent tax problems and her views as an artist. Just like we talk about radio, syndication and many other issues that we perceive as problems in the industry we are not recording artists but we believe in freedom of speech. Ms.
DJ 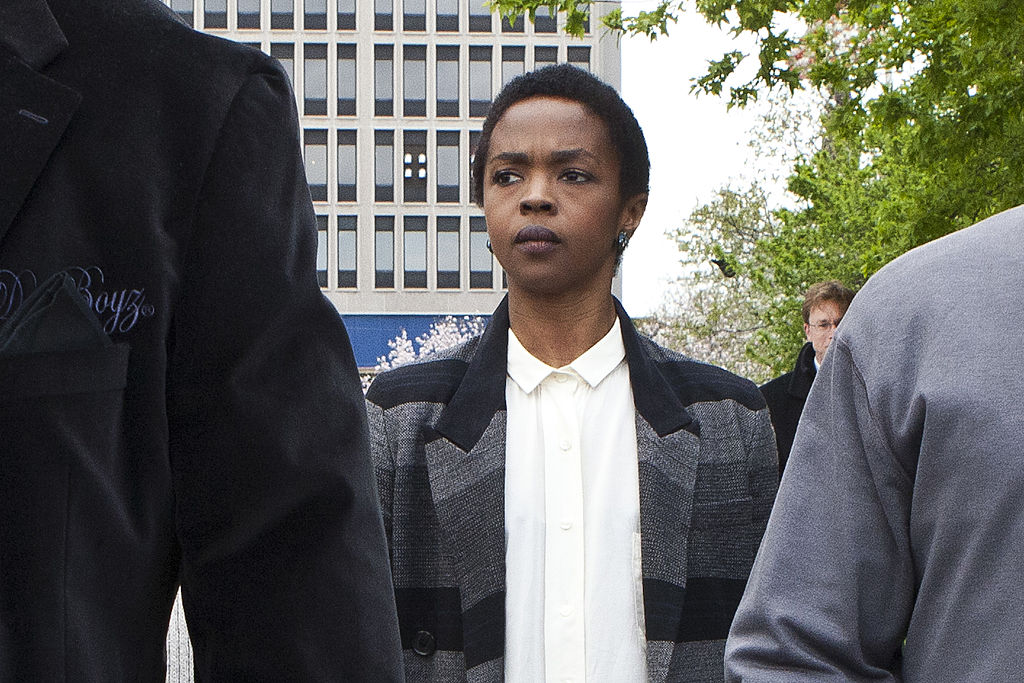