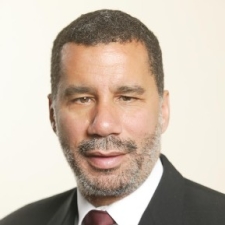 OK, I know I am so wrong for posting this pic of David Patterson but he takes he's a great example of a blind man who can laugh at himself and still “fit in.”   Found this article online about a subject I have discussed before in ARN. I think it's really fooked up that the industry ignores hand icapped Radio DJs and talent and in my entire career, I've probably come across 2 blind Radio DJs in Black, one of   which was the best Radio DJs I'd ever heard.   As I said, if I ever had the urge to program again, I'd rebuke being a typical conservative commercial PD just to “fit in” fook that. It is most unfortunate there aren't more programmers who are like that as well. Champion of all underdogs….KevThis article focuses on two particular Internet Radio stations that I am familiar with, and have had the pleasure of personally working for. Internet radio is a big part of entertainment online. Both of these stations have a majority of DJs who are blind or visually impaired. The first one I want to talk about is called “2020 The Blink” (The station where you hear the vision). 2020 The Blink is owned and ran by Ms. Dana Nolan, Ms. Stephanie Hill, and three other members of their management staff. 2020 The Blink began on September 12, 2008. They have approximately 18 DJs on their staff. 2020 The blink has shows that consist of many different varieties of music, everything from Country, Christian, Classic Rock, and much more. Their schedule of shows can be Viewed at 2020 The Blink Schedule. of all the DJ's on 2020 The Blink, only one of them are sighted. The rest of the staff is blind or visually impaired. (read the whole story here)