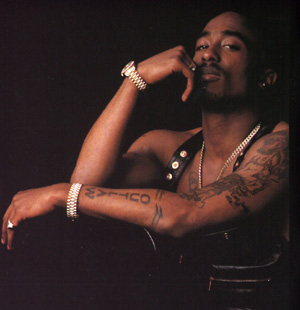 Classic 1995 track is one of 25 recordings deemed “culturally, historically or aesthetically significant” by Library of Congress this year
Tupac Shakur’s “Dear Mama,” a classic track from his 1995 album Me Against The World, has been selected for inclusion and preservation in the Library of Congress’ National Recording Registry. “Dear Mama” is one of 25 recordings chosen by the Library as being “culturally, historically or aesthetically significant” among others such as Howlin’ Wolf’s “Smokestack Lightning,” Patti Smith’s Horses, the original 1959 cast recording of Gypsy, and battle sounds from World War II.
Recorded shortly before a stint in prison, “Dear Mama” is Tupac’s heartfelt tribute to his mother Afeni, who raised him as a single parent through her own poverty and drug addictions. The rapper notes her dignity through these hardships, rapping “Even as a crack fiend, mama/You always was a black queen, mama.” A hit single upon its release, the song is widely considered to be among Tupac’s best songs, and one of the greatest rap tracks of all time. The Library of Congress noted with their announcement that the song is a “moving and eloquent homage to both his own mother and all mothers struggling to maintain a family in the face of addiction, poverty and societal indifference.”
“I’m incredibly touched,” says Afeni Shakur, the late rapper’s mother and subject of “Dear Mama.” “It could have been any song, but I’m honored they chose “˜Dear Mama’ in particular. It is a song that spoke not just to me, but every mother that has been in that situation, and there have been millions of us. Tupac recognized our struggle, and he is still our hero.”
This latest distinction is only one of many posthumous honors to Tupac’s career. Last December, his song “Changes” was selected as one of The Vatican’s “12 Favorite Songs.” In September 2009, it was announced that the artist’s private writings would be added to Atlanta University Center’s Robert Woodruff Library ““ an institution that also houses Martin Luther King’s papers ““ to be made available for scholarly research. Clearly, the work of this remarkable and visionary rapper remains as relevant to today’s world as ever.
Official Tupac Website
www.tasf.org